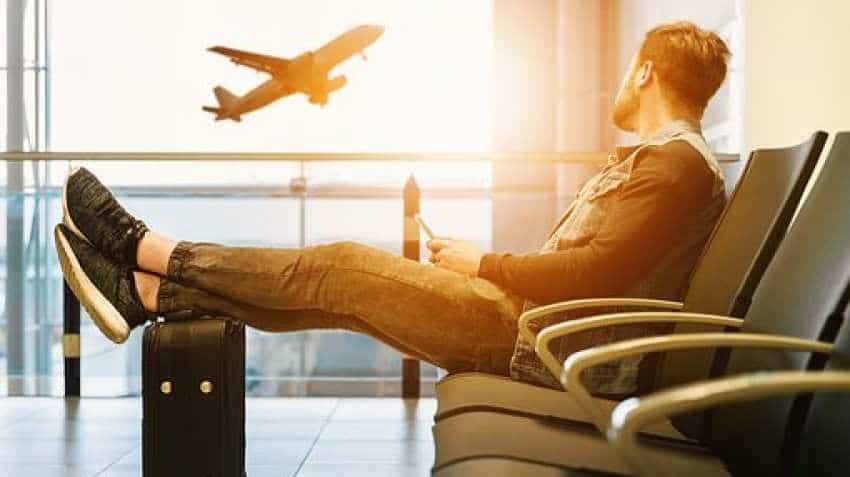 UDAN scheme was launched by the Government of India in 2016 to make air travel affordable for people through subsidised ticket rates. Image: Pixabay
Written By: ZeeBiz WebTeam
RELATED NEWS

UDAN (International) scheme: The Union government has released a draft scheme document for extending the affordable air travel programme to international circuits. The draft has been posted on the website of Ministry of Civil Aviation and Airports Authority of India for wider consultation of the stakeholders. The first of its kind scheme aims to increase air connectivity between the Indian states and selected international destinations. Union Civil Aviation Minister Suresh Prabhu on Wednesday also shared the key features of the UDAN (International) scheme and expected routes in a series of tweets. Take a look:

1. The objective of the UDAN (International) scheme is to enhance international air connectivity between Indian states and select international destinations through the provision of financial support to airlines. It is the next step after the positive domestic impact of UDAN.

2. The scheme will involve a State government-led effort wherein state governments will propose the list of routes to be connected. Presently, the state of Assam and Andhra Pradesh have come forward to participate under the scheme and have identified the routes.

3. Under the scheme, the state governments will be responsible for funding the financial benefits. The scheme envisages providing monetary support, in the form of a subsidy per seat, for the unsold seats from the number of seats as bid by the airline to make operations viable.

4. The draft International Air Connectivity Scheme - UDAN is open for inputs from stakeholders till Sept 4th, 2018. Stakeholders consultation meeting will be conducted by the @MoCA_GoI soon to discuss queries/inputs of concerned parties and provide clarifications, as necessary.

5. With the International Air Connectivity Scheme-UDAN, we trying to make flying to international destinations more accessible to our citizens. This will help improve overall connectivity and spur trade, tourism and economic growth in the country.

7. The draft International Air Connectivity (IAC) scheme envisages an increase in international ticketing to 20 crore by 2027.

8. "The scheme is to be made operational only for states, which demonstrate their commitment to implement and provide the requisite support for promoting operations under the scheme,"says the draft.
International Air Connectivity Fund (IACF) - a dedicated fund for providing subsidy support under the scheme - has been proposed to be set up under the scheme. The fund will be created through the contributions of state governments.

10. Early this year, SpiceJet chairman Ajay Singh had pitched for an initiative on the lines of the UDAN scheme to encourage Indian airlines to fly overseas.

UDAN scheme was launched by the Government of India in 2016 to make air travel affordable for people through subsidised ticket rates and to provide air connectivity to smaller towns.