Latest Mumbai Weather Prediction: According to the rainfall data available with Skymet, Badlapur has recorded a whopping 338 mm of rain in 24 hours from 8.30 am on Friday. 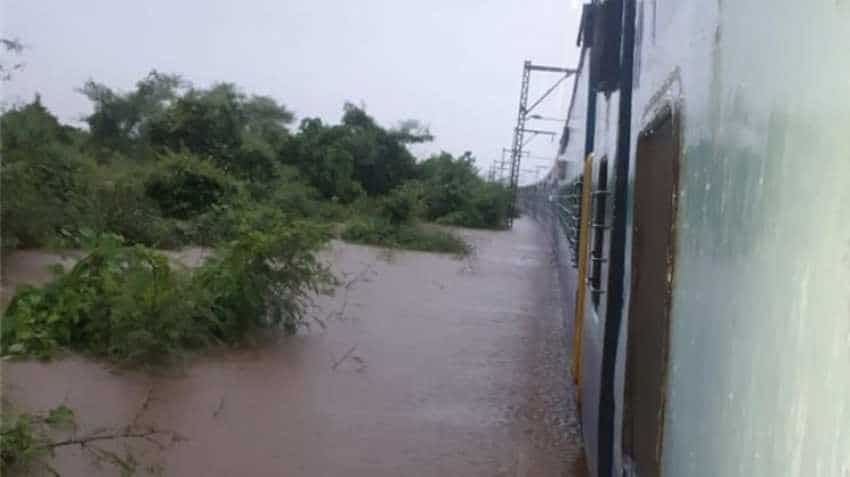 Latest Mumbai Weather Prediction: According to the rainfall data available with Skymet, Badlapur has recorded a whopping 338 mm of rain in 24 hours from 8.30 am on Friday. And since 8.30 am today till 3.40 pm the town has already witnessed 24 mm of rain. Mahalaxmi Express carrying nearly 2000 passengers was stranded near Badlapur and Vangani due to massive waterlogging. The rescue mission was in full swing today with Navy and NDRF taking charge. Over 700 passengers were stuck in the train who have now been rescued. The train was held up since 3 am between Badlapur and Vangani.

Several teams of NDRF, Indian Army and the Indian Navy were pressed into action and after hours of effort, the stranded passengers were rescued. The passengers are now being moved to safer places and a special train has been called in.

Weathermen at Skymet say these rains in Badlapur are going to continue for another 24-48 hours. The rain will however not be as intense as it was yesterday. So any further rescue work by the government officials would comparatively be easy.

Mumbai is witnessing heavy rains, which have resulted in massive traffic on roads, waterlogging, slowdown and cancellation of trains and many delayed flights.

"#MumbaiRains to continue today as well, short breaks likely in between. #Mumbai Doppler Radar shows 35.14% cloud build-up in Mumbai," it said in another tweet.