The Monsoon has finally started with a bang especially in states like Maharashtra, Gujarat, Odisha and Uttar Pradesh  and it has put in perspective certain stocks. 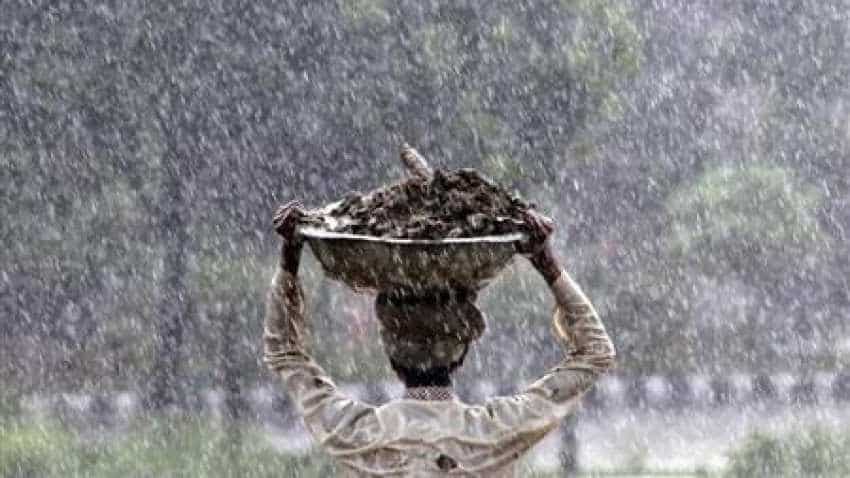 In the last couple of days, heavy rains in major states has played well in favor of a few stocks related to agrochemicals. Photo: Reuters
Written By: ZeeBiz WebTeam
Edited By: Harish Dugh
RELATED NEWS

Despite deluge all over India as heavy rains hit, Monsoon 2018 still deficit

Railways, Airlines buckle up! Mumbai rains to increase ahead

Yes, the monsoon has been late across India, however, some regions still waiting and hoping for the rain gods to be merciful. In the last couple of days, heavy rains in major states has played well in favor of a few stocks related to agrochemicals. As per data compiled by Skymet Weather, the southwest monsoon has now advanced into various parts of Gujarat, Rajasthan, Madhya Pradesh and Uttar Pradesh. Now, it is passing through the cities of Dwarka, Deesa, Udaipur, Kota, Gwalior, Shahjahanpur, Najibabad, and Mandi. India's financial hub Mumbai city has already crossed 500mm mark rains in last three days. With that, experts at Antique Stock Broking, after interaction with agrochemical dealers, mentioned that the late monsoon has pushed sales forward to Q2FY20, however, operating profit is now expected to improve.

Manish Mahawar, Himanshu Binani and Prateek Jain, analyst at Antique Stock Broking said, “Our interaction with agrochemical dealers and channel partners indicate that domestic industry is likely to grow at mid single digit YoY in 1QFY20 as sales have been pushed forward to Q2 on account of slower start of the monsoons. However, EBITDA margin is likely to improve led by a) price hikes taken in the recent past coupled with b) lower base effect.”

During 1QFY20, subpar performance of agrochemicals industry, as per the trio will  be led by 1) delayed start to south west monsoons leading to delay in sowing by 10-15days 2) adverse climatic situations like drought in Maharashtra and some southern states impacting crop area 3) low agro-commodity prices.

These stocks are best pick during monsoon on Dalal Street:

According to Antique’s analyst, “We expect agrochemical sector revenue growth of 8.6% YoY in 1QFY20 primarily driven by superior exports.”

Bayer Crop is likely to witness a 300 bps YoY contraction in margins due to better gross margins (up 400 bps YoY) in the base year due to favorable change in product mix.”

During next 48-72 hours, Skymet states that, the persisting Well Marked Low will move west-northwestward and will result in Monsoon’s advancement over the leftover regions of Gujarat, Madhya Pradesh, more areas of Rajasthan, Himachal Pradesh, Jammu and Kashmir, rest of Uttar Pradesh, Uttarakhand and some parts of Haryana, Chandigarh and Delhi.

Despite deluge all over India as heavy rains hit, Monsoon 2018 still deficit

Railways, Airlines buckle up! Mumbai rains to increase ahead