Kotak Mahindra Bank vs RBI! Uday Kotak led bank faces fury of investors, shares drop over 7%, but should you invest?

In a notification to stock exchanges, Kotak showed its anger against RBI who did not responded on their decision over Perpetual Non Convertible Preference Shares (PNCPS) issue. 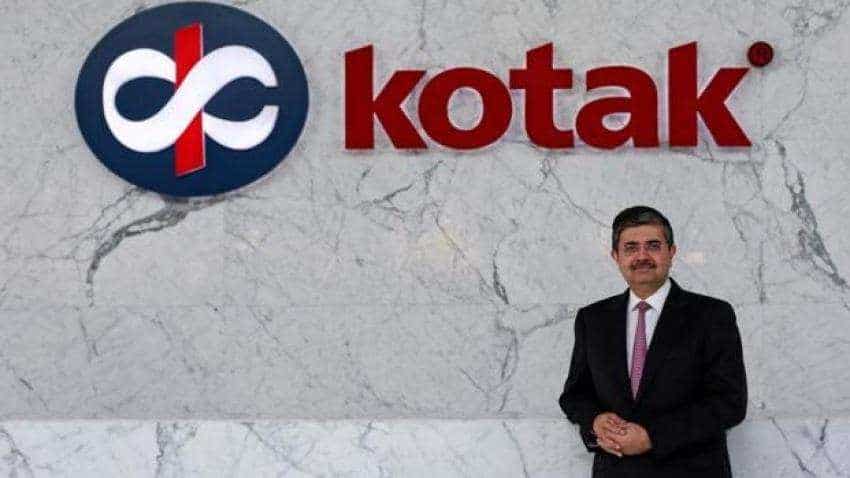 RBI's guidelines state that, Kotak had to bring down the promoter stake in the bank to 20% from the current 30% by Dec 2018 and 15% by March 2020. Photo: Reuters
Written By: ZeeBiz WebTeam
RELATED NEWS

It was just last weekend, when every investor was talking about the skyrocketing Kotak Mahindra Bank shares after news broke that equity king Warren Buffett's Berkshire Hathaway will buy a stake in this Uday Kotak led lender. How things have changes within days! Now, the bank, which was the favorite of investors till last Friday, has suddenly become the least preferred stock on exchanges. The Kotak Mahindra Bank shares finished at Rs 1198.15 per piece down by Rs 84.15 or 6.56% on Sensex. However, the bank had nosedived to intraday low of Rs 1188.80 per piece resulting in overall drop of 7.28%. It is almost like Kotak Bank is back to where it was.

Why did Kotak Mahindra Bank shares become top loser on indexes? Well this is something that can be squarely blamed on a petition filed against RBI by the bank.

In a notification to stock exchanges, Kotak showed its anger against RBI who did not responded on their decision over Perpetual Non Convertible Preference Shares (PNCPS) issue.

On August 02, 2018, Kotak had announced  completion of its Perpetual Non Convertible Preference Shares {PNCPS) issue resulting in dilution of promoter stake to 19.70% of paid up capital.

Kotak stated that it had given the information to RBI, and the central bank had responded in the matter.

This forced Kotak, on August 14, to inform exchanges that RBI has communicated to it that its PNCPS issuance did not meet promoter holding dilution requirement.

The bank said, "We continue to believe that we have met the requirement and will engage with the RBI in this behalf."

However, looks like RBI is not ready to respond in this Kotak matter.

Kotak today said, "We have .since clarified and conveyed to the RBI our position in relation to PNCPS being a part of paid up capital and the legal basis on the matter of dilution of shareholding under the Banking Regulation Act. We have also shared with the RBI the opinions of eminent jurists and senior most legal counsels of the country, which confirm our understanding."

After not hearing from RBI, Kotak said added saying, "Given the milestone of December 31, 2018, the Bank has been left with no option but to protect its interest.

By way of abundant caution, the Bank has today filed a writ petition with the Hon'ble Bombay High Court to validate the Bank's position."

The urgent need of RBI comes at a time when the central bank has asked their founder Uday Kotak to dilute his stake below 20% by end of this month, as per RBI's direction.

In Macquarie's view, "There is no precedence of any entity having challenged RBI in the past. In most cases the verdict usually is in favour of the regulator. The regulator still has powers to impose penalties and restrictions on Kotak as is the case with some other institutions who have failed to comply with promoter stake norms. However, there is a legal dispute here."

Talking about the Berkshire stake purchase news, Macquarie says, "The reports of Berskshire Hathway buying 10% stake in Kotak are baseless, in our view. From the above move, it is clear that Kotak isn’t interested in selling his stake further."

Simply put, Uday Kotak is in no mood to reduce his stake holding in Kotak Bank and no reply from RBI over their PNCPS issue has just become frustating for him as the deadline nears.

Analysts at Macquarie says, "Stock could be weak due to a lack of clarity on the stake sale. Plus threat of any regulatory punitive action looms. Fundamentals remain solid."

Yet they have maintained a outperform call for future ahead with a target price of Rs 1,325 which is an upside by 12.2% in a year.