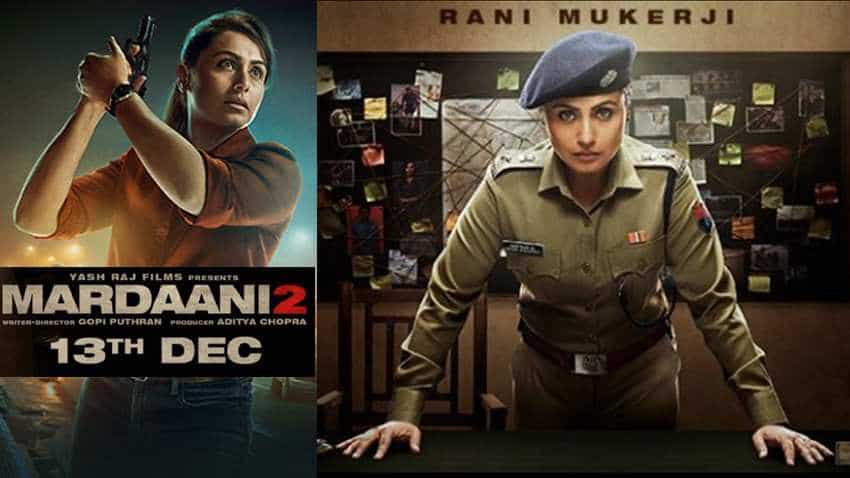 "It is unacceptable to malign a city's name through cinema. The fictional story clearly mentioning the city's name is not justified."
Written By: Prashant Singh
Edited By: Harish Dugh
RELATED NEWS

The trailer of Rani Mukerji's Mardaani 2 is going viral but it is facing backlash too from the residents of Kota, an educational hub with many educational centres situated in its vicinity. Kota residents on Friday met Lok Sabha speaker Om Birla, an MP from Kota, to register their protest against the forthcoming Bollywood flick Mardaani 2 starring Rani Mukherjee. It is expected that this backlash over Mardaani 2 will impact Rani Mukerji starrer's box-office earnings too.

They said that the city has been positioned as an educational hub with many educational centres situated in its vicinity. However, the film shot in Kota shows a different story of city which is against the city's legacy, as per IANS.

The film's trailer released on Thursday shows a serial rapist and murderer in Kota who targets young girls. It also mentions that the film is inspired by true events.

Birla after meeting protesters spoke to media and said that the issue will be discussed with concerned people.

"It is unacceptable to malign a city's name through cinema. The fictional story clearly mentioning the city's name is not justified," he added.

The film has Rani Mukerji playing a police officer posing as Shivani Shivaji Roy in Mardaani 2 who vows to catch the serial rapist in two days.

Hence, soon after the trailer was released on Thursday, Kota residents came out to protest against the film demanding the name of Kota to be removed from the film.

Many scenes of Mardaani 2 were being shot in Kota. In fact, Rani Mukerji was in the city for many days for shoot.