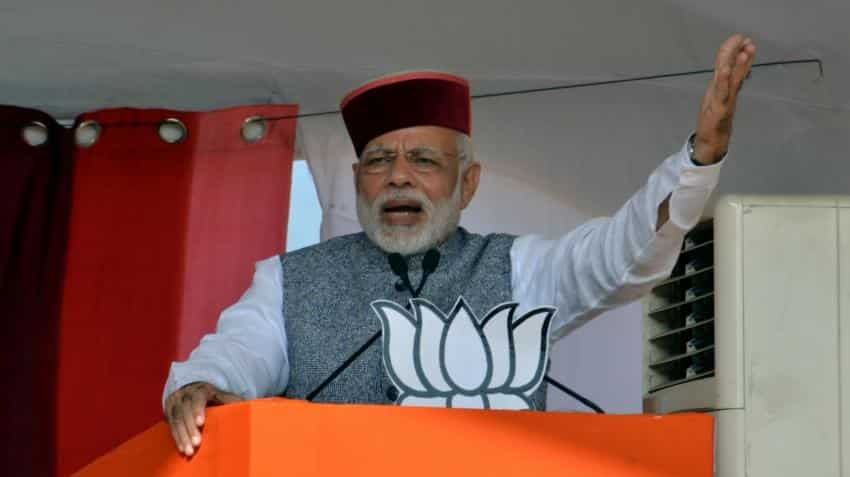 November 08,2017, comes as a very special day for Prime Minister Narendra Modi and his government has it marks the one year anniversary of their most controversial move namely Demonetisation or commonly known as notebandi.

Modi in an unscheduled live televised address at 20:00 pm on November 08, 2016 mentioned that we have decided that the five hundred rupee and thousand rupee currency notes presently in use will no longer be a legal tender from midnight tonight. The Rs 500 and Rs 1000 notes hoarded by anti-national and anti-social elements will become just worthless pieces of paper.

They were to flush out blackmoney, eliminate Fake Indian Currency Notes (FICN), to strike at the root of financing of terrorism and left wing extremism, to convert non-formal economy into a formal economy to expand tax base and employment and to give a big boost to digitalisation of payments to make India a less cash economy.

Now that one-year of demonetisation has commenced, Modi on Wednesday went on explaining mutliple benefits of this move in the form of infographics.

According to Modi's data, digital transaction through mobile wallets, IMPS, debit card and many more saw significant rise in their performance. 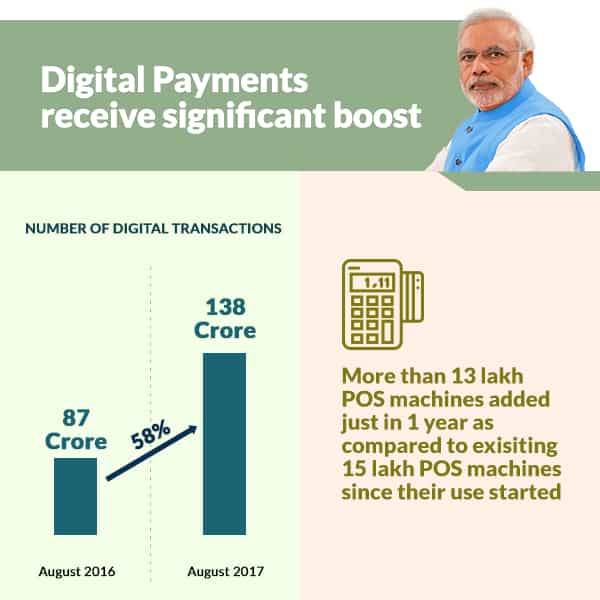 Number of digital transaction have risen by 58% to 138 crore by end of August 2017 - compared to 87 crore recorded in the same month of the previous year. 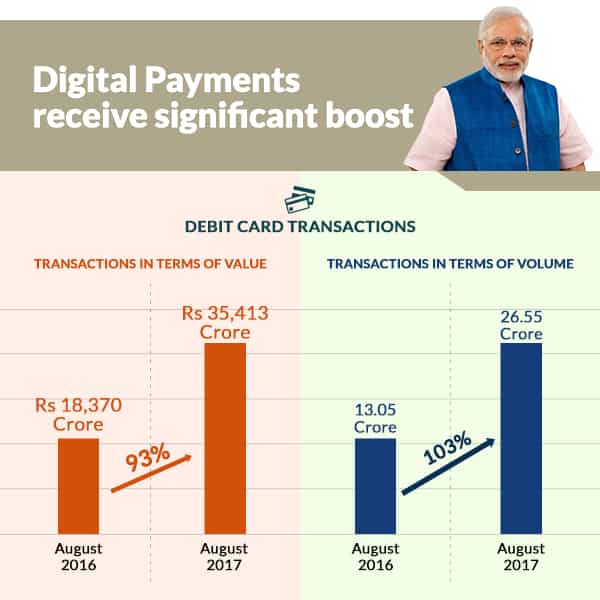 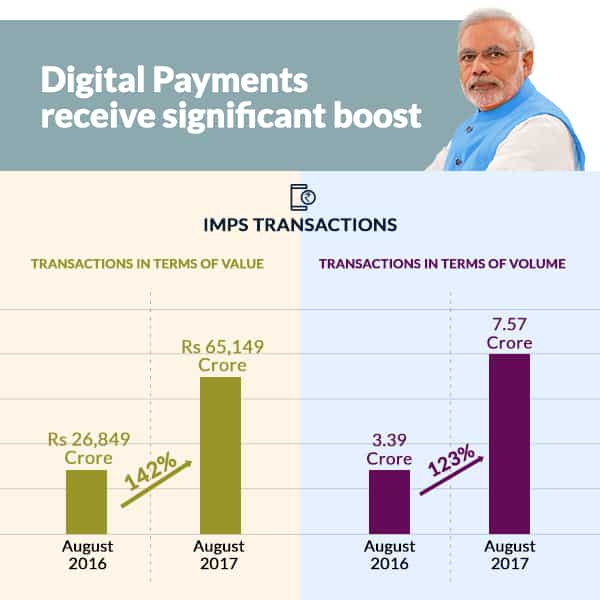 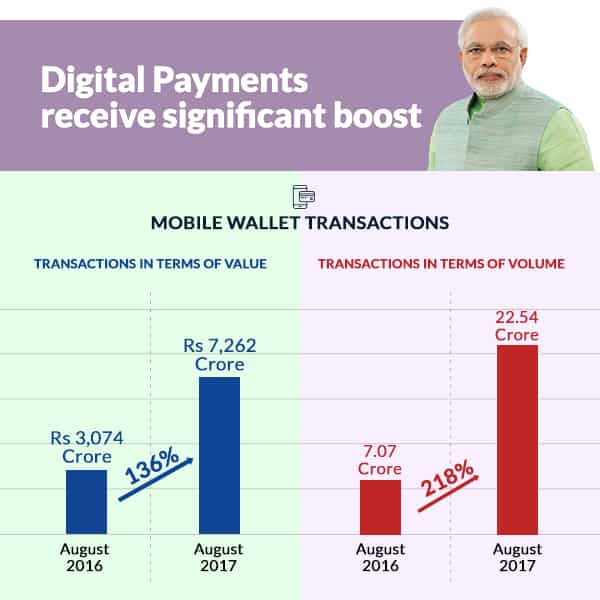 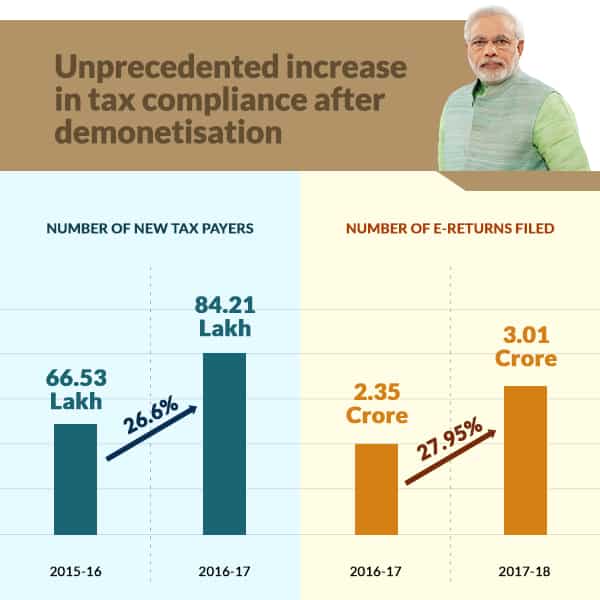 After demonetisation, there have been massive cleaning of shell companies. 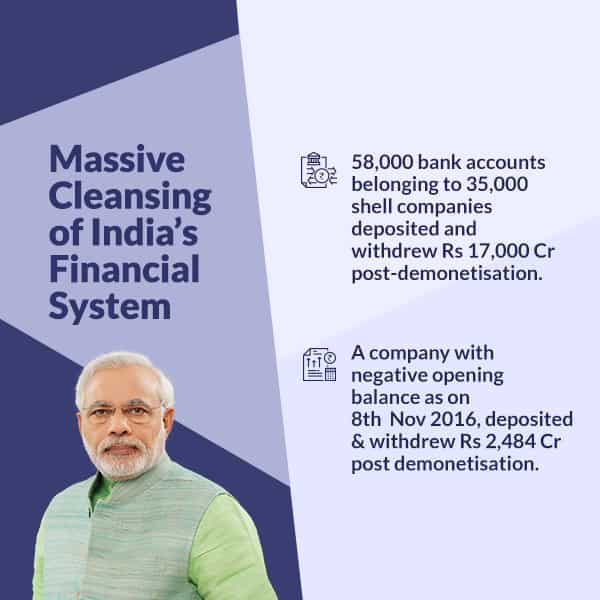 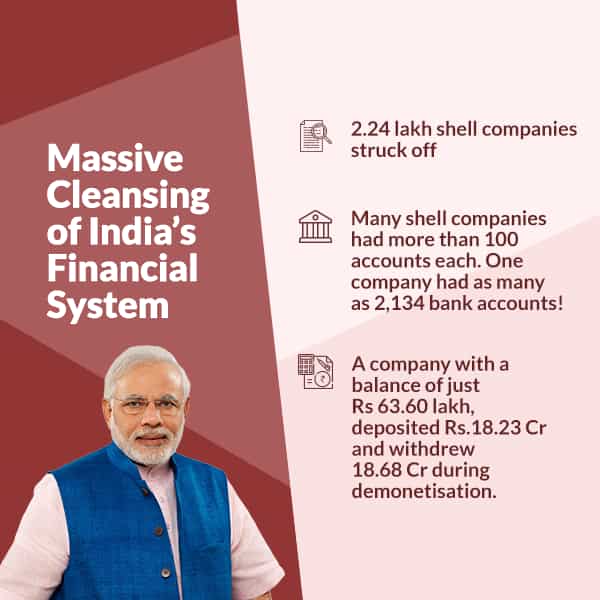 Modi highlighted that 0.00011% of India's population deposited almost 33% of total cash in India. Estimated value of banned notes were approximately Rs 12 lakh crore as on September 2017. 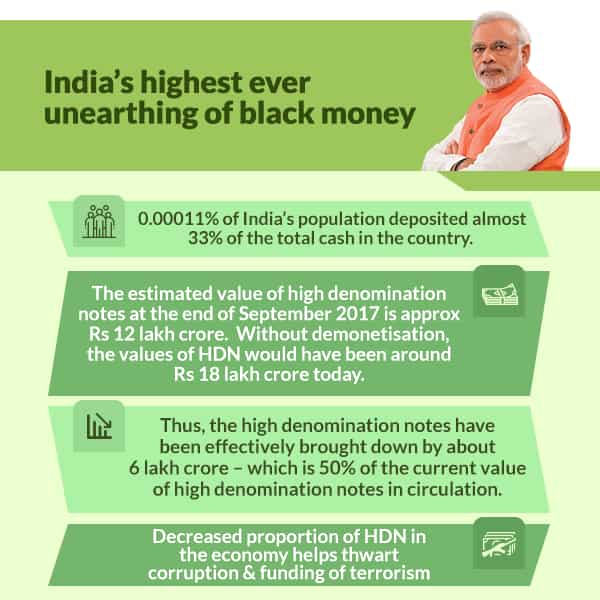 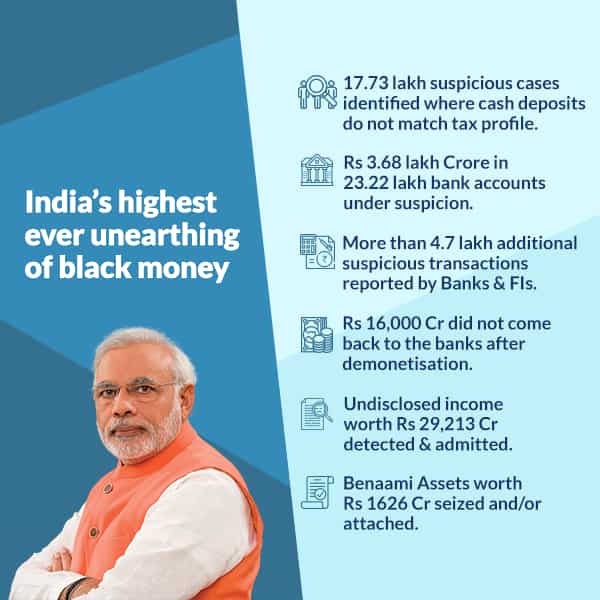 Other key things acknowledged by Modi-government were:

Gross financial savings of households which was stagnant around 10% of GNDI for years - increased by 1% point to reach 11.8%. 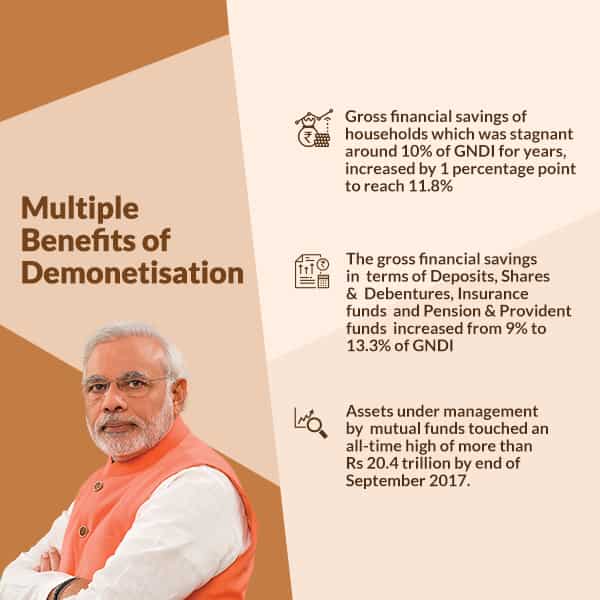 Gross financial savings in terms of deposits, shares of debentures, insurance funds and pension & provident funds increased from 9% to 13.3% of GNDI.

Asset under management by mutual funds touched an all-time high of more than Rs 20.4 lakh crore by end of September 2017. 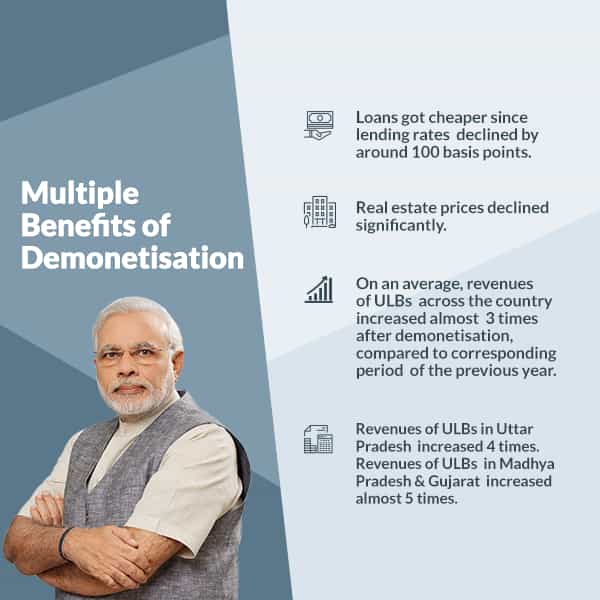 Huge push has also been given towards ensuring better jobs  for the poor post demonetisation. 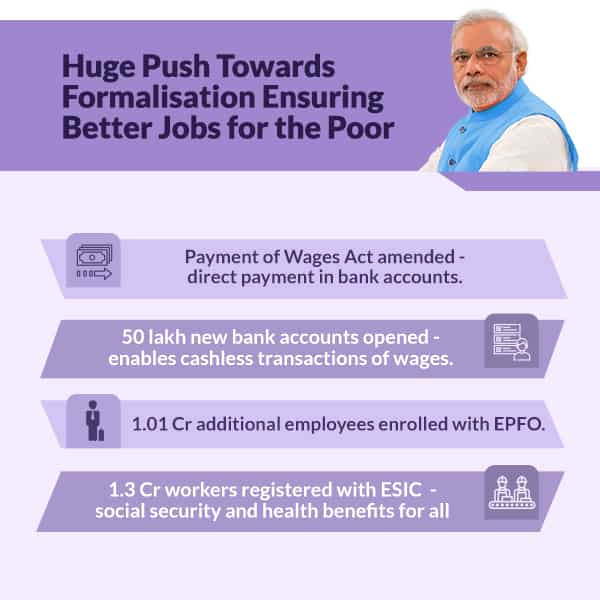 Jaitley on November 07, said, "It would not be wrong to say that country has moved on to a much cleaner, transparent and honest financial system.  Benefits of these may not yet be visible to some people.  The next generation will view post November, 2016 national economic development with a great sense of pride as it has provided them a fair and honest system to live in."