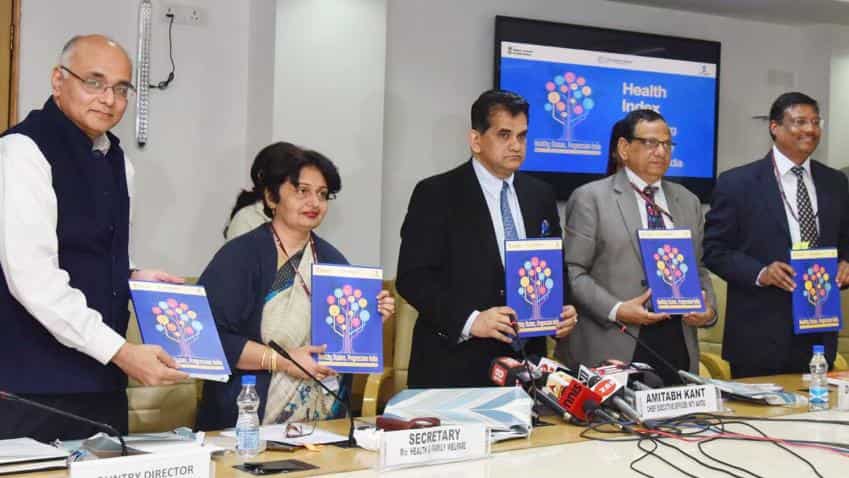 In the first ever attempt of NITI Aayog to measure and understand the heterogeneity and complexity of the nation’s performance in health, Kerala, Punjab and Tamil Nadu ranked on top in terms of overall performance, while Jharkhand, Jammu & Kashmir and Uttar Pradesh emerged as the top three ranking states in terms of annual incremental performance.

Among smaller states, Mizoram ranked first followed by Manipur on overall performance, while Manipur followed by Goa were the top ranked states in terms of annual incremental performance.

"For example, Kerala ranks on top in terms of overall performance but sees the least incremental change as it had already achieved a low level of Neonatal Mortality Rate (NMR) and Under-five Mortality Rate (U5MR) and replacement level fertility, leaving limited space for any further improvements," the report said.

However, the incremental measurement reveals that about one-third of the states have registered a decline in their performance in 2016 as compared to 2015, stressing the need to pursue domain-specific, targeted interventions.

Additionally, almost all larger states need to focus on improving the sex ratio at birth (SRB), the report said.

Linking this index to incentives under the National Health Mission by the Ministry of Health and Family Welfare underlines the importance of such an exercise.

The report also notes that there is an urgent need to improve data systems in the health sector, in terms of terms of representativeness of the priority areas, periodic availability for all states and UTs, and completeness for private sector service delivery.

This index is expected to nudge states towards further achieving a rapid transformation of their health systems and population health outcomes.

The report ranks states and Union territories innovatively on their year-on-year incremental change in health outcomes, as well as, their overall performance with respect to each other.