Kedarnath box office collection: The film had opened with an occupancy of 15-20 per cent and was expected to earn around Rs 3 crore on day 1. 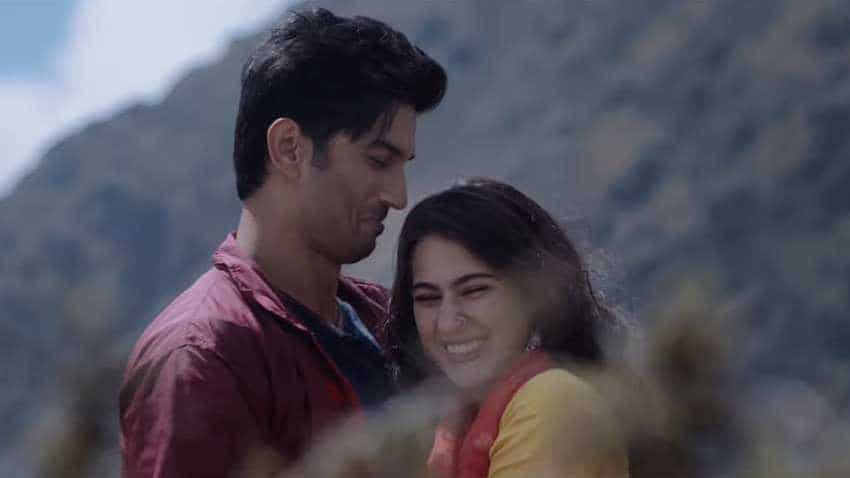 Kedarnath box office collection: Starring Sushant Singh Rajput and debutant Sara Ali Khan, the love-tragedy-drama film, Kedarnath has earned Rs 73.08 crore gross in 12 days. The movie, directed by Abhishek Kapoor, was released on December 7 and had got a decent opening.

The film's business has been moderate at Rs 58 cr nett, told film critic and trade analyst Sumit Kadel to ZeeBiz.com.

"Kedarnath has earned Rs 54 crore net in 10 days. It's earning has been average on Monday and Tuesday, around Rs 2 crore on each day. The total net collection now stands at Rs 58 crore," said Kadel.

Kadel further said the film's lifetime net collection would be around Rs 65 to 70 crore. Therefore, if it does manage to earn Rs 70 crore net, the gross collection will be around Rs 88 crore.

The film's collection may witness a dip and head towards its closure starting Friday as Shah Rukh Khan starrer Zero will be hitting the screens across India tomorrow. Zero is a multi-starrer movie featuring SRK, Katrina Kaif, Anushka Sharma and Salman Khan. The film's story revolves around Shah Rukh Khan who is playing the role of a dwarf man and meets two different women Anushka Sharma and Katrina Kaif to take the story ahead.