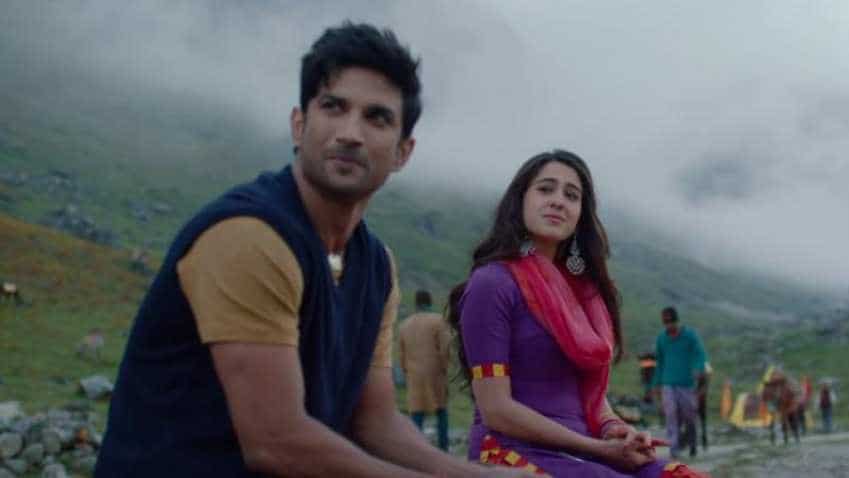 Kedarnath box office collection: The movie had earned Rs 7.25 cr on its first day. How the movie does during the first weekend will tell how well the film has been received by the audience. Image source: YouTube
Written By: ZeeBiz WebTeam
RELATED NEWS

Kedarnath box office collection: Sushant Singh Rajput and Sara Ali Khan's romantic drama has so far received moderate response at the box office. The movie had earned Rs 7.25 cr on its first day. However, there is no updates on Saturday earnings yet. How the movie does during the first weekend will tell how well the film has been received by the audience.

Kedarnath is a victim of grotty writing and Shoddy VFX, film trade analyst Sumit Kadel wrote in his twitter handle. Shushant and Sara delivered a knockout performance but they couldn’t rise above the cursory script. Tragedy sequences are decent but lacks emotions which required. Overall kedarnath is a weak film, he tweeted.

Abhishek Kapoor directorial Kedarnath is a love story. The story line revolves around a Hindu tourist played by Sara and a Muslim porter (pithoo) played by Sushant. Sushant takes Sara on the 14 kilometre-long pilgrimage from Gauri Kund to the shrine of Lord Shiva.

Kedarnath plot is set in the backdrop of the Uttarakhand floods that left several thousand dead in 2013. Akshay Kumar and Rajinikanth starrer 2.0 is still doing well at the box office. However, the release of Kedarnath may eat into its audience. However, the trend will be clear after the weekend collection statistics are made public.