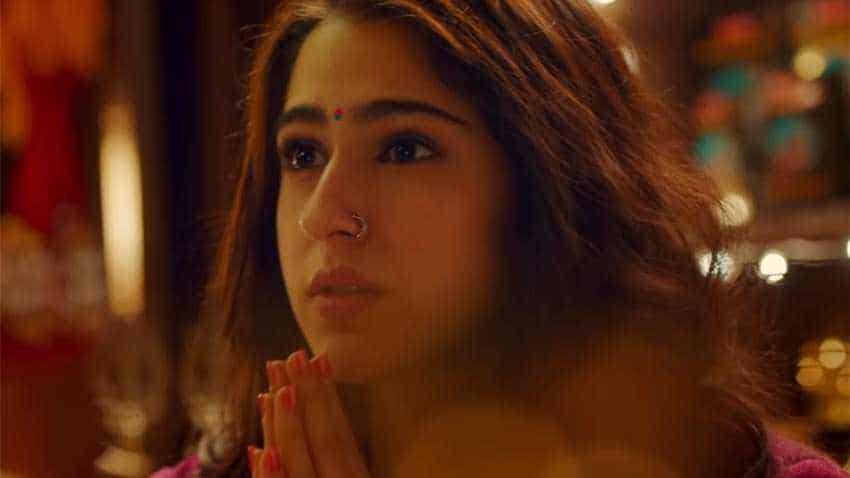 Kedarnath Box Office Collection: The movie is a love story crafted during the tragic Uttarakhand flood that killed many visiting the holy shrine.
Written By: ZeeBiz WebTeam
RELATED NEWS

Kedarnath Box Office Collection in opening weekend: Directed by Abhishek Kapoor, the film Kedarnath features Sushant Singh Rajput and Sara Ali Khan. Though the film has not received good reviews from film critics, it has performed better than expectated at the box office.

"The film has performed better than the expected during the weekend. It's likely to sustain its earning this week as well," said Kadel.

Another expert Akshaye Rathi said that he has observed a surprising phenomenon which is rarely seen and may boost the film's earning.

"Kedarnath features a debutant and more people are coming to theatres to check out the debutant instead of the seasoned actor. There is a huge degree of anticipation and expectations around Sara Ali Khan among movie goers. More youngsters have come to the cinema to watch her," revealed Rathi.

When asked whether the movie will keep going strong this week, Rathi sounded positive.

Kedarnath movie is a love story crafted during the tragic Uttarakhand flood that killed many visiting the holy shrine. Due to its inter-religion love story, a ban has also been imposed on the screening of the film in seven districts of Uttarakhand in view of protests by Hindu outfits.