Karnataka election 2018:While the ruling Congress and the BJP are the main contenders for power, former prime minister HD Deve Gowda’s JD(S) is expected to be the dark horse to look out for. According to most surveys and opinion polls (see graphics), Gowda’s party is likely to play the kingmaker post elections 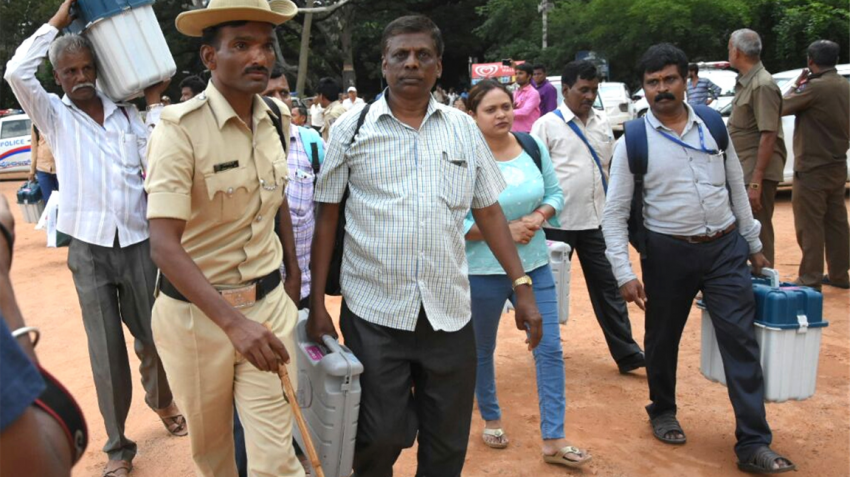 After a three-month-long bitter and acrimonious campaign, Karnataka will vote to elect a new Assembly in a three-cornered contest on Saturday. While the ruling Congress and the BJP are the main contenders for power, former prime minister HD Deve Gowda’s JD(S) is expected to be the dark horse to look out for. According to most surveys and opinion polls (see graphics), Gowda’s party is likely to play the kingmaker post elections. However, all three parties are fingers crossed as no party in Karnataka has won a second successive term in office since 1985 when the Janata Dal under Ramakrishna Hegde had retained power.

The Congress is aiming at retaining the only large state it rules after Punjab, while the BJP is striving to form its government in Karnataka, which party president Amit Shah said will be its “gateway to south”, for a second time. The BJP had ruled the state between 2008 and 2013, the only time it did so, but its tenure was marred by intra-party feuds and allegations of corruption. One of its three chief ministers and its current CM candidate BS Yeddyurappa was in jail over corruption charges.

JD(S) state president HD Kumaraswamy has conceded it was a “battle for survival” for his party which has been out of power for a decade now. The Congress is, however, confident of breaking the jinx, with Chief Minister Siddaramaiah saying the party will create history. The Congress’ main challenger BJP has spared no effort to ensure that history is repeated. Though the BJP launched its campaign, calling it “mission 150 (seats)”, Shah told reporters on Thursday that the party will win over 130 constituencies.

Unlike in 2013, when the BJP split into factions with Yeddyurappa forming KJP and B Sriramulu of Ballari floating BSR Congress, they are all united this time. PM Modi undertook an adrenaline-charged campaign for the BJP, while Congress president Rahul Gandhi helmed his party’s offensive.

Polling will be held in 223 constituencies of the 224 -member Assembly as election has been countermanded in Jayanagara following the death of BJP candidate and sitting MLA B N Vijaykumar.

The Congress had won 122 seats in 2013, ten more than the halfway mark. It also had the support support of some independent MLAs and those of smaller parties.