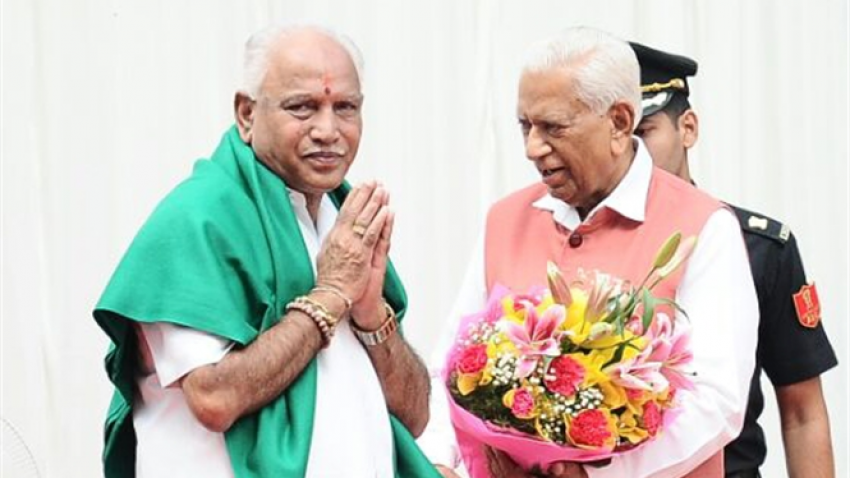 The BJP may have wrestled its way to establish its government in Karnataka under the chief ministership of BS Yeddyurappa, but the CM’s worries are far from over. Image source: IANS

The BJP may have wrestled its way to establish its government in Karnataka under the chief ministership of BS Yeddyurappa, but the CM’s worries are far from over. The saffron party’s real test lies in electing the Assembly speaker who will ultimately reserve the right to conduct the floor test. According to Constitutional experts, the process to elect a speaker is three-pronged.

After the CM takes oath, the Governor nominates the senior-most member of the House as the Protem Speaker to administer the oath to new MLAs. Congress MLA and former revenue minister RV Deshpande has been appointed the Protem Speaker, who will now run the procedure of electing the Speaker.

“Once the oath is administered to the MLAs, the Governor will decide the day when the House meets to elect the Speaker. The notice will be issued to all MLAs of the Karnataka State assembly to attend this meeting. As per the norm, this meeting has to be called before noon,” said an expert, who knows about the selection procedure of the Assembly.

There are more caveats too. If there is only one nomination for the Speaker’s post, then he/she will be declared elected. “If there are more, then the Protem Speaker will have to hold the election through secret ballot,” he said requesting anonymity.