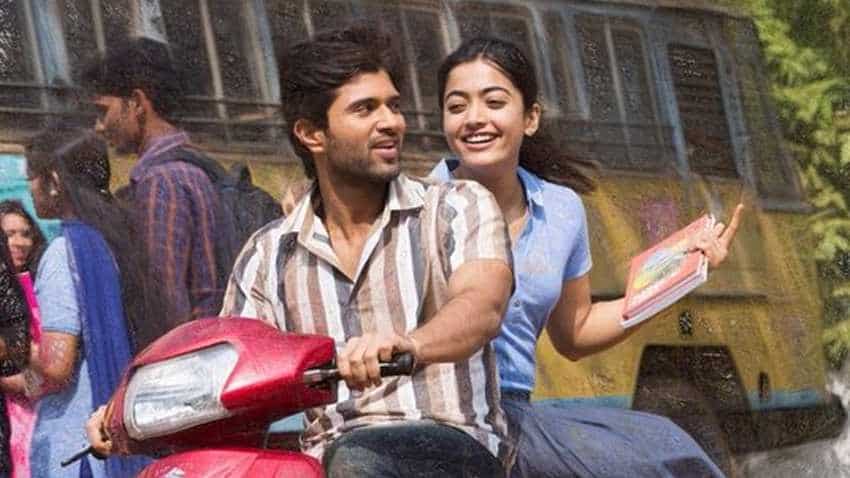 Karan's decision came after the massive success of Kabir Singh, which is a remake of Vijay's Arjun Reddy. Source - Vijay/Twitter.
Written By: ZeeBiz WebTeam
Edited By: Harish Dugh
RELATED NEWS

Karan Johar's Dharma Productions has beaten other Bollywood production houses to secure the rights for Hindi version of Arjun Reddy star, Vijay Deverakonda's latest release Dear Comrade. According to a report by Bollywood Hungama, the filmmaker shelled out a whopping Rs 6 crore to secure the rights, highest-ever amount paid for a South Indian film. Karan's decision came after the massive success of Kabir Singh, which is a remake of Vijay's Arjun Reddy. Kabir Singh stars Shahid Kapoor and Kiara Advani in the lead roles and has earned over Rs 275 crore at the box office.

A lot of people believe that Dear Comrade falls in the same success zone occupied by Arjun Reddy. The film shows Vijay as a brash, impulsive college student who falls in love with a girl and then suffers an extreme heartbreak. The report quoted a source saying that Bollywood producers realised that if Kabir Singh can earn close to Rs 277 crore that too with Shahid Kapoor, then Dear Comrade’s Hindi remake will also have the potential to score big time.

Notably, Shahid had not crossed the Rs 100 crore collection mark with a solo release before Kabir Singh. The only time he had achieved the feat was with Sanjay Leela Bhansali's Padmaavat which also starred Ranveer Singh and Deepika Padukone in lead roles.

Vijay had recently flown to Mumbai from Hyderabad to meet Karan and finalise the deal. A special screening of the film was also organised for the filmmaker. "Stunning and powerful love story! With top notch performances and exceptional music by @justin_tunes On point debut direction by @bharatkamma @TheDeverakonda is  BRILLIANT as is @iamRashmika well done @MythriOfficial ! ANNOUNCING that @DharmaMovies to REMAKE this beautiful film," Johar had tweeted after watching the movie.

Karan has flirted with South Indian movies in the past and had presented 'Baahubali: The Conclusion' and 2.0 in Bollywood, both to massive success.