Defence Research and Development Organisation (DRDO) designed 5.56x30 mm Protective Carbine has successfully undergone the final phase of User trials on December 7 after meeting all the GSQR parameters, said a press release by Ministry of Defence on Thursday 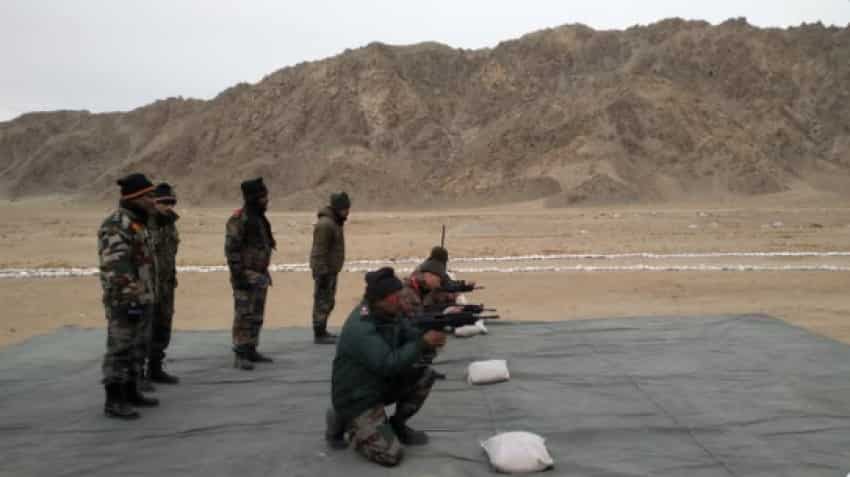 Defence Research and Development Organisation (DRDO) designed 5.56x30 mm Protective Carbine has successfully undergone the final phase of User trials on December 7 after meeting all the GSQR parameters, said a press release by Ministry of Defence on Thursday.  Successful trial has paved the way for the weapon to be inducted into the services.

This was the last leg of trials in a series of User trials which have been carried out in extreme temperature conditions in summer and high altitudes in winter. JVPC has successfully met the stringent performance criteria of reliability and accuracy in addition to quality trials conducted by DGQA.

Here are some of the highlights of the DRDO-designed weapon

*JVPC is a Gas Operated Semi Bull-pup automatic weapon having more than 700 rpm rate of fire.
*The effective range of the carbine is more than 100 m and it weighs about 3.0 kg with key features like high reliability, low recoil, retractable Butt, ergonomic design, single hand firing capability, and multiple Picatinny rails etc. These features make it a very potent weapon for Counter Insurgency /Counter Terrorism operations by security agencies.
*The carbine has been designed as per Indian Army’s GSQR, by Armament Research and Development Establishment (ARDE), a Pune based laboratory of DRDO. The Weapon is manufactured at Small Arms Factory, Kanpur while the Ammunition is manufactured at ammunition Factory, Kirkee Pune.
*The weapon has already passed the MHA trials and procurement action is initiated by the CAPFs and various State Police organisations.
*Defence Minister Shri Rajnath Singh had unveiled the 5.56 x 30 mm JVPC during DefExpo- 2020 at Lucknow.
*Secretary DD R&D & Chairman DRDO Dr Satheesh Reddy has congratulated DRDO team, user team and all public and private agencies involved in manufacturing for successful reaching this milestone.