For the youth, the government has decided that education loans will be made available from banks with interest subvention facility till course completion. 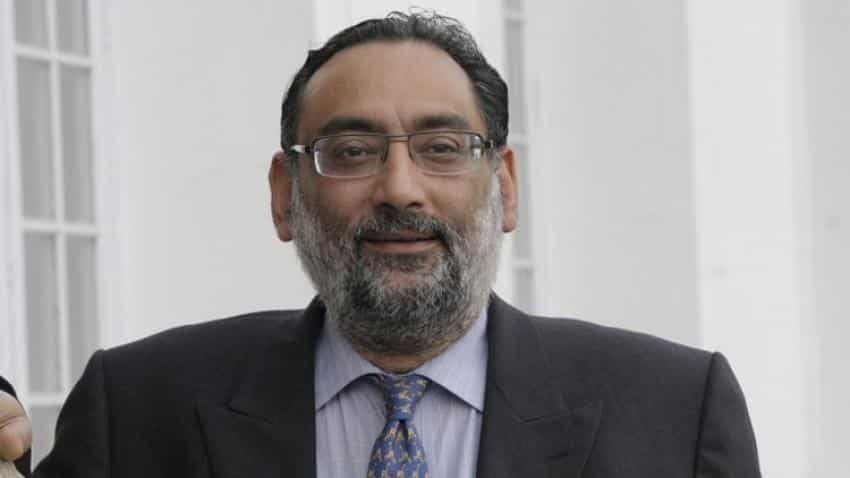 This year, around 13,000 students shall be sent on such tours to different cities of our country. Image source: PTI

Reaching out to youth of Jammu and Kashmir, the Mehbooba Mufti government on Thursday announced educational loan facility from banks with interest subvention on repayments till completion of course.

Also, the state government will set up a corpus fund of Rs 12,000 crore that will be used for making timely GPF (General Provident Fund) payments to the government employees in future.

For the youth, the government has decided that education loans will be made available from banks with interest subvention facility till course completion, state Finance Minister Haseeb A Drabu said while presenting Rs 80,000 crore Budget for the fiscal 2018-19 in the state assembly.

"A good number of students from our state aspire for higher intellectual pursuits in top universities of the world but are not able to realise their dreams due to financial constraints," he said.

The minister said that students belonging to weaker sections and children of single mothers, who qualify top examinations to secure admissions in different universities, shall be provided interest subvention on the education loans till the completion of the course, he said.

In order to widen the platform of vocational training opportunities to the lesser educated youth, the minister proposed introducing more trades having entry qualification as 8th pass.

"This will be backed by required additional funding," he added.

"To address the career counselling gaps in our employment sector, I have decided to institutionally intervene by putting in place a proper career counselling framework in the state at different levels. I, accordingly, propose to make an initial provision of Rs 5 crore for the purpose," he added.

"A vast majority of our population has not stepped beyond Lakhanpur to see not only our country's recent economic development, but also its great cultural diversity.

"It's my firm belief that if our youth are exposed to the mainland, this will have positive impact on the situation in the state as well," he added.

The finance minister said that each MLA, MLC can nominate 50 boys and 50 girls from his or her constituency for such educational, learning tours.

This year, around 13,000 students shall be sent on such tours to different cities of our country.

"I, accordingly, propose an initial sum of Rs 10 crore for the purpose," he added.

For the poor and marginalised, the government had decided that the minimum wages of unskilled workers were raised from Rs 150 to Rs 225, while those of skilled labour to Rs 350 from Rs 225.

A new category of highly skilled worker was introduced and Rs 400 was fixed as the minimum wage.

"We have insured the lives of construction workers, protected them against disability, disease and death, provided for their children's education and given them access to small credit. I am sure this will make life simpler and more secure for 3 lakh families; i.e. 15 lakh people," he added.

Free life and medical insurance cover and a monthly sustenance pension on the pattern of old age pension scheme for all transgender people above the age of 60 who are registered with the social welfare department, he added.

The government proposes to set up a Disaster Mitigation Fund with an initial corpus of Rs 10 crore and also Propose to frame a uniform Employment Code for the state, containing all the labour laws in force in the State.

The proposed Employment Code shall set out the framework for terms of employment and service of all the workers except domestic workers and agricultural labour and a strong, independent and separate labour judiciary, he added.

The government proposes to set up a Disaster Mitigation Fund with an initial corpus of Rs 10 crore.

A committee of officers and professionals in the area of taxation and industry has been constituted to work out the framework for bringing real estate, electricity, alcohol and Petroleum under a J-K GST, he added.

"Good finance is not an end in itself; it is a means to a social and humanitarian end.

This is especially so in J&K which has gone through unimaginable troubled times", he added.