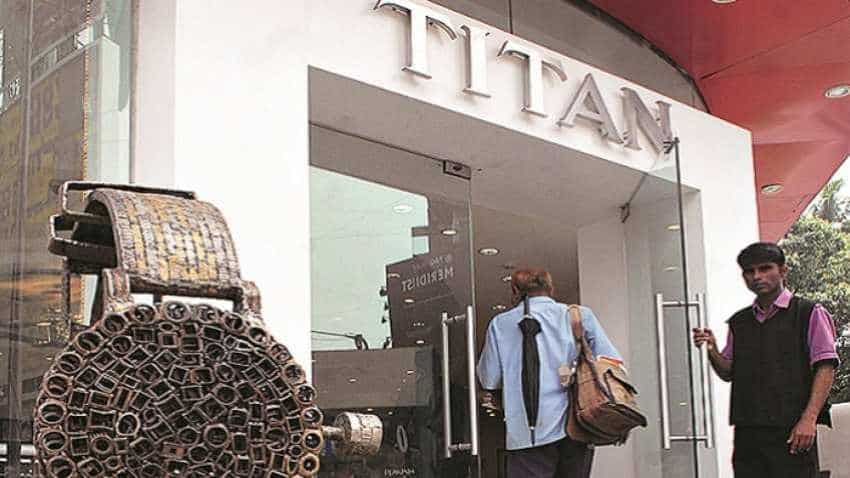 Just like the name suggests, jewelry maker Titan Company is a shining star in the sector that it occupies and straddles. Yes, Titan is well placed in its market. New launches, wedding season, enhancement in watch division, stable growth in jewelry segment and new businesses are some of the positives making Titan glitter. Despite rise in gold prices and muted jewelry demand, Titan has witnessed good revenues. Hence, experts are even more optimistic about this company and believe it will continue to rise. Many brokerages have given a buy rating with a target price ranging between Rs 1,195 to Rs 1,300. Interestingly, with Titan seen soaring to new levels, there’s one investor who will be benefitting immensely because of his large stake in the company. Rakesh and his wife Rekha Jhunjhunwala are major shareholders. The Dalal Street king who manages his and wife’s portfolio, has already witnessed over Rs 7,000 crore wealth addition due to Titan’s uptrend so far in 2019.

Last month, Titan touched an all-time high of Rs 1,146.30 per piece. In fact, Titan has surged by a whopping 24% so far in 2019, adding many more crores to Jhunjhunwala’s wealth.

Going forward, Amnish Aggarwal and Nishita Doshi analysts at Prabhudas Lilladher said, “Titan has given an optimistic outlook for FY20 with a target to achieve 20% revenue growth despite muted industry demand growth. This is on the back of 1) 20% sales growth in jewellery business led by higher number of wedding dates, 35 stores additions (35 in FY19), increased share of wedding jewellery and high value diamond jewellery and gains from consumer shift from unorganized to organized sector 2) steady growth in watch division led by new launches and success of smart watches and 3) benefits from backward integration in the eyewear business.”

The duo added, “FY19 revenues grew by ~21% despite increase in gold prices and muted Jewellery demand. For 4Q19, we estimate 19.5% Jewellery sales growth and 13.5% volume growth led by sustained market share gains. We expect 11.3% sales growth in watches with 15% EBIT margin led by benefits of restructuring, higher activations and success of new launches. We remain positive on the long term structural story and estimate 25.8% Adj. PAT CAGR over FY19-21 to arrive at a target price of 1195 (45xDec20EPS). Maintain Buy.”

On the other hand, Krishnan Sambamoorthy and Vishal Punmiya analysts at Motilal Oswal said, “Despite opening a record 40 Tanishq stores (35 net), the emphasis on aggressive store expansion underlines management’s increasing confidence, even as the base and economic environment remain challenging.”

According to Motilal’s analysts, Titan’s jewelry growth prospects continue to be robust, and now Watches and even Eyewear have started contributing to growth. High valuations are fully deserved for a business that has perhaps the best top-line growth visibility in the largecap FMCG/retail space. In addition, operating leverage arising from (a) the high contribution of SSSG to Jewelry sales growth and (b) the recovery in Watches margins are likely to lead to healthy EBITDA margin expansion, bettering the prospects of a best-of-breed and sustained earnings growth performance.

Hence, the duo at Motilal added, “There is no material change to our EPS estimates. We maintain our Buy rating with a target price of INR1,300, valued at 51x Mar’21 EPS, ~15% premium to three-year average multiple because of its strong earnings growth prospects (~26% EPS CAGR over FY19-21E).”

From the current market levels, Titan will rise by another 18% in future course. If you want to become richer, just like Jhunjhunwala then Titan can be your best bet. Jhunjhunwala’s overall holding in Titan stands at 7.08% with 6,29,01,220 equity shares.