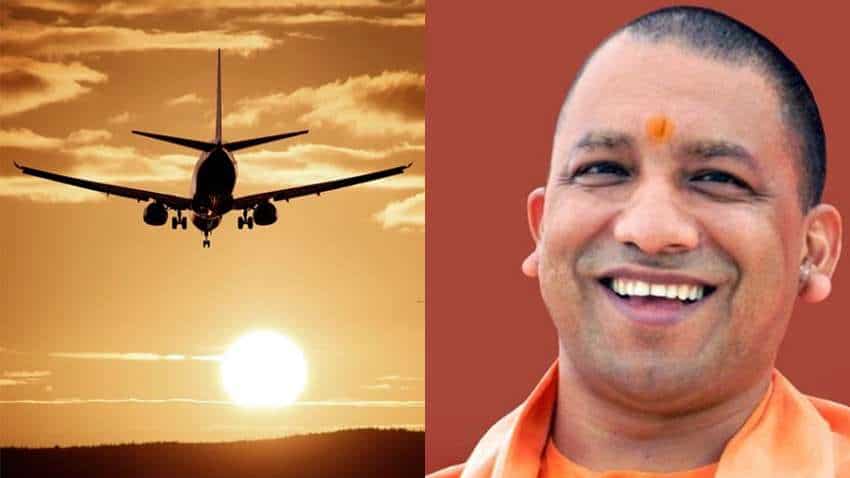 Jewar Airport is expected to go operational by 2023. Photo from Pixabay and https://twitter.com/CMOfficeUP
Written By: Prashant Singh
Edited By: Harish Dugh
RELATED NEWS

Jewar Airport News: It's a massive shot in the arm for Noida International Greenfield Airport in Gautam Buddh Nagar's Jewar. During UP Budget 2020 presentation in the state assembly, the Yogi Adityanath government on Tuesday allotted funds worth Rs 2,000 crore for the Jewar Airport in Gautam Buddh Nagar. The big announcement was made during the budget presentation by Finance Minister Suresh Khanna in the presence of Chief Minister Yogi Adityanath in Lucknow.

Here are key things to know about Jewar Airport in Greater Noida:-

- A budget of Rs 2,000 crore has been proposed for the Noida International Greenfield Airport in Gautam Buddh Nagar's Jewar.

- The airport is expected to go operational by 2023

-  Jewar Airport project will be spread over 5,000 hectares and is estimated to cost Rs 29,560 crore

- The project is being managed and operated by Noida International Airport (NIAL), a special agency floated by the government.

- Jewar Airport, the third in the national capital region after Delhi's Indira Gandhi International airport and Ghaziabad's Hindon airport, is touted to have six to eight runways, the most in India, when fully built.

- Swiss firm Zurich Airport International AG had on November 29 emerged as the highest bidder to develop the Jewar airport on the outskirts of Delhi, outbidding competitors like Adani Enterprises, DIAL and Anchorage Infrastructure Investments Holding.