Jet Airways, SpiceJet and IndiGo tank up to 3% even as ATF price cut by 2.7% in Delhi 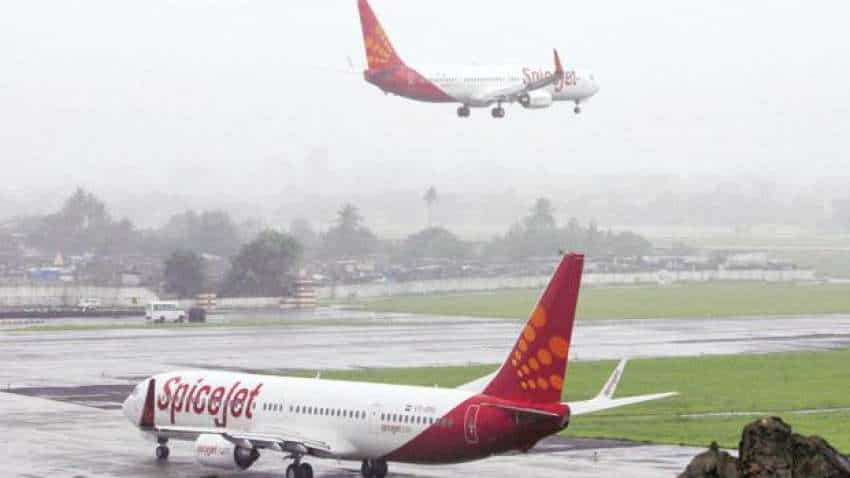 Jet Airways, SpiceJet and IndiGo share prices slipped up to 3 per cent on Monday even as Aviation turbine fuel (ATF) price was cut by 2.7 per cent on Sunday. ATF contributes significantly to raw material cost of the aviation companies.

Rising oil prices hit the margins of airline companies as Air turbine fuel (ATF) constitutes about 40 per cent of an airline's operating cost.

The recent fall in international rates brought down ATF rates from a four-year high. ATF or jet fuel was cut by Rs 1,942 per kilolitre, or 2.7 per cent, to Rs 68,086 per kl in Delhi, according to state-owned oil firms. Prices, however, are back on the rising spree.

State-owned fuel retailers such as IOC, BPCL and HPCL revise rates of ATF, LPG and kerosene on 1st of every month based on average international rate and rupee-US dollar exchange rate in the preceding month.

"At the current crude price of $78/bbl and rupee-dollar rate of 68.5, aviation stocks have limited upside from the current market price," said brokerage JM Financial in a research note.

"Movement in yields, in a rising fuel cost environment and substantial supply addition (industry order book of 1,100+ aircraft), will be a key monitorable," it added.