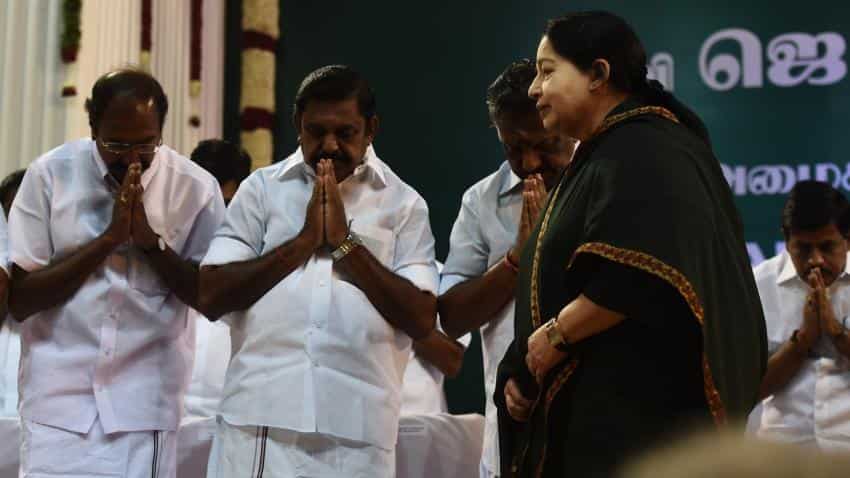 Tamil Nadu Chief Minister Jayalalithaa was today said to be critical after she suffered a cardiac arrest in the hospital where she was admitted over two months ago.

68-year-old Jayalalithaa is "critical", she said in an earlier tweet, adding that the AIADMK chief was on extracorporeal membrane heart assist device and being treated by a team of expert doctors and critical care specialists.

Security has been beefed up across the state with the Tamil Nadu DGP ordering all police officers and personnel to report for duty by 7 AM for deployment.

Jayalalithaa, who has been undergoing treatment at the hospital since September 22, suffered a cardiac arrest last evening.

"She is being treated and monitored by a team of experts, including cardiologists, pulmonologist and critical care specialists," Chief Operating Officer and head of transformation of Apollo Hospital Dr Subbaiah Viswanathan said in the statement yesterday.

Dr Richard Beale from London has also been consulted and concurred with line of treatment by our cardiologists & pulmonologists, the hospital said.

Rao, who is also Governor of Maharashtra, rushed to Chennai from Mumbai and went to the hospital.

Ministers and top police officials also rushed to the hospital and held informal consultations on the situation.

Heavy deployment of police was made at the hospital on Greams Road where thousands of supporters of 'Amma' (mother), as she is fondly called by her supporters, and AIADMK cadre had gathered on hearing the news.

In a communication to ADGPs of Enforcement, CB-CID, Economic Offences Wing and Crime wings, the Director General of Police's office asked them to "mobilise all the officers in the rank of SPs and police personnel of other ranks of Enforcement, CBCID, EOW and Crime completely and they should report" to SPs and Commissioners of Police at 7 AM.

"They should report in full uniform with their vehicles for law and order bandobust duty until further orders," it said.

Jayalalithaa was hospitalised on September 22 after she complained of fever and dehydration. The hospital, which had been issuing bulletins on her health status, had later said she was being treated for infection with respiratory support, among others.