Dashing all hopes of Chief Minister and TDP chief N. Chandrababu Naidu, the YSRCP wrested power with a massive mandate. 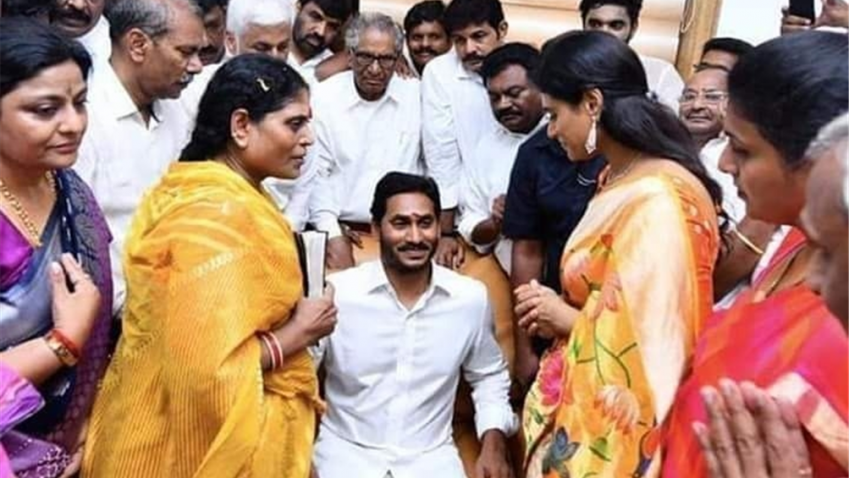 Jagan, as the YSR Congress chief is popularly known, will be taking oath as the new Chief Minister on May 30 in Vijayawada. Image source: IANS

Amaravati, May 23 (IANS) The YSR Congress Party, led by Y.S. Jagan Mohan Reddy, on Thursday stormed to power in Andhra Pradesh with a landslide victory, winning 148 seats in the 175-member Assembly. The YSR Congress Party (YSRCP) was leading in two other constituencies. The Telugu Desam Party (TDP), which was in power, bit the dust across the state, only bagging 19 seats so far while being ahead in 5 other seats.

On its electoral debut, actor Pawan Kalyan`s Jana Sena Party (JSP) won just a single seat. The actor himself lost both the seats he contested. The Bharatiya Janata Party (BJP), which had four seats in the previous Assembly, drew a blank this time while Congress could not open its account in the second successive election in the truncated state.

Dashing all hopes of Chief Minister and TDP chief N. Chandrababu Naidu, the YSRCP wrested power with a massive mandate.

Jagan, as the YSR Congress chief is popularly known, will be taking oath as the new Chief Minister on May 30 in Vijayawada. He will be formally elected as leader by the party`s newly-elected legislators meeting on Saturday.

In the simultaneous elections to 25 Lok Sabha seats in the state, the YSRCP won 16 seats and was leading in 6 other seats. The TDP was leading in three constituencies.

The results came as a huge shock to Naidu, who was not only confident of retaining power in the state but was hoping to play the role of kingmaker at the Centre.

As the outcome became clear, Naidu sent his resignation to Governor E. S. L. Narasimhan, who accepted it and asked him to continue till alternate arrangements were made.

Jagan said the massive mandate given by the people had increased his responsibility.

"This mandate has come out with tremendous amount of responsibility and I will make sure that I will live up to the expectations," he told reporters amid loud cheers by hundreds of his supporters who had gathered at his residence in Amaravati.

Jagan, who retained Pulivendula seat, in his home district of Kadapa, with a massive majority of over one lakh votes, said he would balance welfare with development.

With this resounding victory, the YSRCP has scripted a new chapter in the history of Andhra Pradesh, he said.

"Out of five crore population of the state, God gives one person the opportunity to become the Chief Minister and God and people of my state today have given me that opportunity. I assure and promise that I will bring about that governance that this country would stand and look up," he said.

While Chandrababu Naidu retained Kuppam seat in his native Chittoor district, most of his ministers, including his son Nara Lokesh were defeated.

Lokesh, whom Naidu was grooming as his political successor, was humbled by YSRCP`s A. Rama Krishna Reddy in Mangalagiri in state capital region Amaravati.

In 2014, the TDP had bagged 102 seats while its then ally BJP had won four seats. The YSRCP had won 67 seats while two independents were also elected. In the simultaneous Lok Sabha polls, the TDP had won 15 seats, the YSRCP eight and the BJP two seats.