ITO Skywalk AAP govt vs Centre row: Rs 54 cr spent! Who gets credit? The jury is still out

ITO Skywalk: The Kejriwal government has claimed that the Skywalk was built by the AAP government and it had contributed its share of the funds for the project. However, the Centre has rejected the claim. 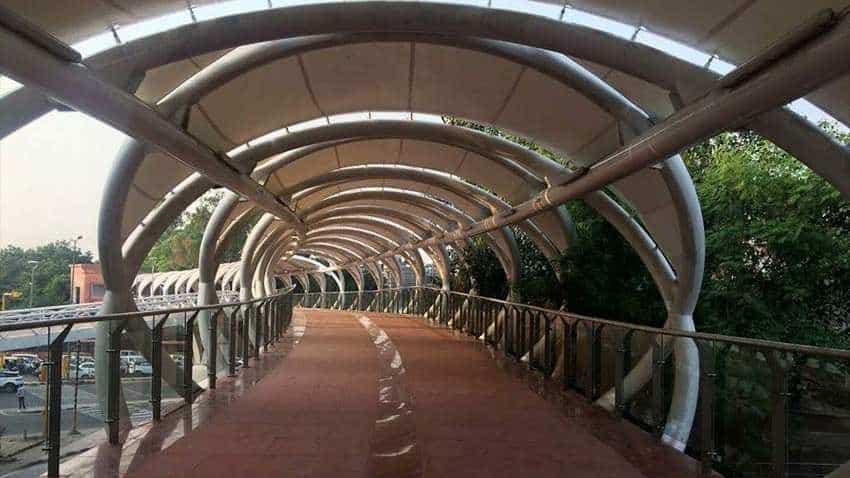 ITO Skywalk: Though it isn't clear whose claim is correct, one thing is clear for sure that Delhi is getting a world-class facility which will ease the congestion at the ITO.

However, Puri claimed that the Rs 54-crore project was totally funded by the Centre.

Here are the two contrasting claims related to the funding of the project:

Delhi PWD Minister Satyendar Jain said that Public Works Department teams had worked day and night to complete the first of its kind project (ITO Skywalk) and successfully overcame all hurdles in the execution of this project.

He claimed that the idea for the construction of a flyover at ITO along with a Foot OVer Bridge was conceived in 2006-07.

"In accordance with the funding agreement, Delhi government was to provide around Rs 12 crore fund for the project out of the total estimated cost of around Rs 54 crore...Dy CM Manish Sisodia who was also heading Expenditure Finance Committee (EFC), which gave its approval for providing the Delhi government share for the Skywalk project," he said on October 13.

Delhi PWD Minister Mr Satyendar Jain issued the following statement on Saturday on the completion of construction and fitting/decoration work of the Skywalk & Foot Over Bridge at ITO : pic.twitter.com/PkUmAYu283

The Centre said that Ministry of Housing and Urban Affairs had approved five major mobility projects worth Rs 1826.40 crores for the benefit of Delhi citizens.

On the other hand, MoS (IC) Housing and Urban Affairs,  Hardeep Singh Puri has pushed five projects vigorously for implementation.

First, among them, the skywalk at ITO for which Puri laid the foundation stone on November 09, 2017, is going to be inaugurated by him and Lt Gov of Delhi on October 15, 2018. Even though the project is being executed by PWD, this Rs 54 crore project has been funded by the Ministry of HUA. The project will provide world-class, safe, nature-friendly connectivity at a very busy traffic intersection point at ITO.

I am inaugurating Skywalk at ITO on 15th Oct & the Rani Jhansi Road Grade Separator on 16th Oct, alongwith Hon'ble @LtGovDelhi. Both these projects will provide great ease in mobility to citizens of Delhi. (9/12) pic.twitter.com/uEmjU919FP

While the Delhi government claimed that it had released its shares of the fund, the Centre has denied the same. Though it isn't clear whose claim is correct, one thing is clear for sure that Delhi is getting a world-class facility which will ease the congestion at the ITO.