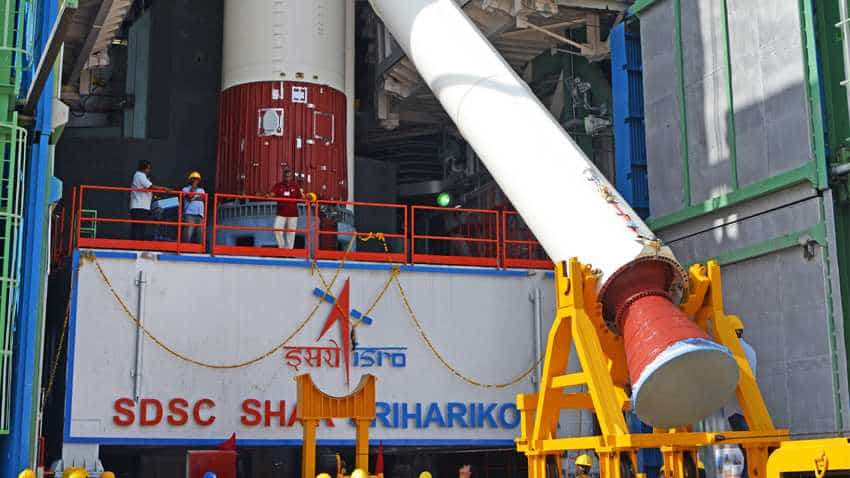 As always, space enthusiasts will have a chance to watch the launch of PSLV-C48 live. Source - ISRO.
Written By: ZeeBiz WebTeam
Edited By: Harish Dugh
RELATED NEWS

ISRO RISAT-2BR1 launch by PSLV-C48: The Indian space agency, ISRO is set to launch country's latest spy satellite RISAT-2BR1 on December 11 using India's Polar Satellite Launch Vehicle (PSLV). Along with this, ISRO will launch nine other foreign satellites on the same date as well. The Indian Space Research Organisation has confirmed that the rocket numbered as PSLV-C48 will lift off at 3:25 p.m. with RISAT-2BR1, a radar imaging earth observation satellite weighing about 628 kg. The rocket will blast off from the first launch pad at Sriharikota rocket port in Andhra Pradesh and place RISAT-2BR1 into an orbit of 576 km. The satellite will have a life of five years.

Where and How to watch ISRO RISAT-2BR1 launch by PSLV-C48 LIVE Streaming?

As always, space enthusiasts will have a chance to watch the launch of PSLV-C48 live. ISRO took to Twitter to announce that the registrations for witnessing the launch will begin from December 6, 2019, at 8:00, am IST. To register yourself, you can head to www.shar.gov.in/VSCREGISTRATION.

The live streaming of the event will be available on Doordarshan. You can also catch all the updates on Zee News and Zee Business.