ISRO 2018 Review: The year 2018 was extremely fruitful for the Indian Space Research Organisation (ISRO) and the country's space ambitions. 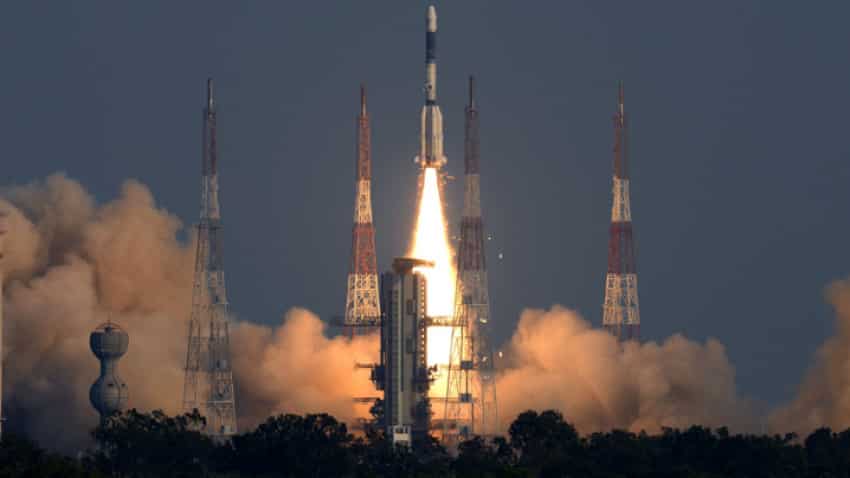 ISRO 2018 Review: The year 2018 was extremely fruitful for the Indian Space Research Organisation (ISRO) and the country's space ambitions. ISRO launched successfully several satellites, including those of other countries in the space. The biggest landmark of the year was Prime Minister Narendra Modi's announcement to send the country's first manned mission into space. While addressing the nation from the ramparts of the Red Fort on the 72nd Independence Day, the prime minister announced that India has resolved to send manned spacecraft (Gaganyaan) to space by 2022. If successful, India will become only the fourth country in the world after the US, Russia and China to do this

The Union Cabinet has now approved the Gaganyaan programme. The estimates fund requirement for the Phase-1 of the mission is Rs 9023 crore. In an official release, the Union cabinet said the Union Cabinet has approved the "Gaganyaan Programme with demonstration of Indian Human Spaceflight capability to low earth orbit for a mission duration ranging from one orbital period to a maximum of seven days. A human rated GSLV Mk-lll will be used to carry the orbital module which will have necessary provisions for sustaining a 3-member crew for the duration of the mission."

Here's a look at the record launches and developments that kept the ISRO in the news in New Year:

The primary goal of HysIS is to study the earth’s surface in both the visible, near infrared and shortwave infrared regions of the electromagnetic spectrum. HysIS had the company of one micro and 29 nano-satellites from eight countries, including Australia (1), Canada (1), Columbia (1), Finland (1), Malaysia (1), Netherlands (1), Spain (1) and USA (23).

GSLV Mk III is a three-stage heavy-lift launch vehicle developed by the Indian Space Research Organisation (ISRO). GSAT-29 is a multiband, multi-beam communication satellite, intended to serve as a test bed for several new and critical technologies. Its Ku-band and Ka-band payloads are configured to cater to the communication requirements of users including those from remote areas especially from Jammu & Kashmir and North-Eastern regions of India.

ISRO’s heaviest and most-advanced high throughput communication satellite GSAT-11 was successfully launched from the Spaceport in French Guiana during the early hours on 5th December, 2018.

GSAT-11 will act as a forerunner to all future high throughput communication satellites. The 5,854-kg GSAT-11 will provide high data rate connectivity to users of Indian mainland and islands through 32 user beams in Ku-band and 8 hub beams in Ka-band.

PSLV Continuation Programme (Phase 6) a: On 6th June, 2018, the Union Cabinet chaired by Prime Minister Narendra Modi approved the PSLV Continuation Programme (Phase 6) and funding of thirty PSLV operational flights under the Programme. The Programme will also meet the launch requirement of satellites for Earth observation, Navigation and Space Sciences. This will also ensure the continuity of production in Indian industry. The total fund requirement is Rs. 6131.00 Crores and includes the cost of thirty PSLV vehicles, essential facility augmentation, Programme Management and Launch Campaign.

A team of scientists and engineers led by Prof. Abhijit Chakraborty of Physical Research Laboratory (PRL), Ahmedabad, discovered a sub-Saturn or super-Neptune size planet (mass of about 27 Earth Mass and size of 6 Earth Radii) around a Sun-like star.

The planet will be known as EPIC 211945201b or K2-236b. With this discovery, India joined a handful of countries, which have discovered planets around stars beyond our solar system.

PARAS is the first of its kind spectrograph in Asia, which can measure the mass of a planet going around a star. Very few spectrographs exist around the world that can do such precise measurements.

ISRO carried out Pad Abort Test successfully to qualify Crew Escape System required for Human Spaceflight, on 5th July 2018 from Satish Dhawan Space Centre, Sriharikota. As part of the activities for development of critical technologies for future Human Spaceflight, Pad Abort Test was carried out to demonstrate the Crew Escape System during any exigency at the launch pad.

The Crew Escape System is configured using specially designed quick acting solid motors that deliver a relatively large thrust to take the crew module to a safe distance. Experimental data from this mission will serve as a useful input to undertake human spaceflight programme. An amount of Rs.173.00 crores was approved for development of critical technologies including Crew Escape System.