Is it worth buying Infosys shares post Q1FY20 result?

Key highlight of the result was Infosys' revenue forecast for upcoming quarters, which raises faith in the company. 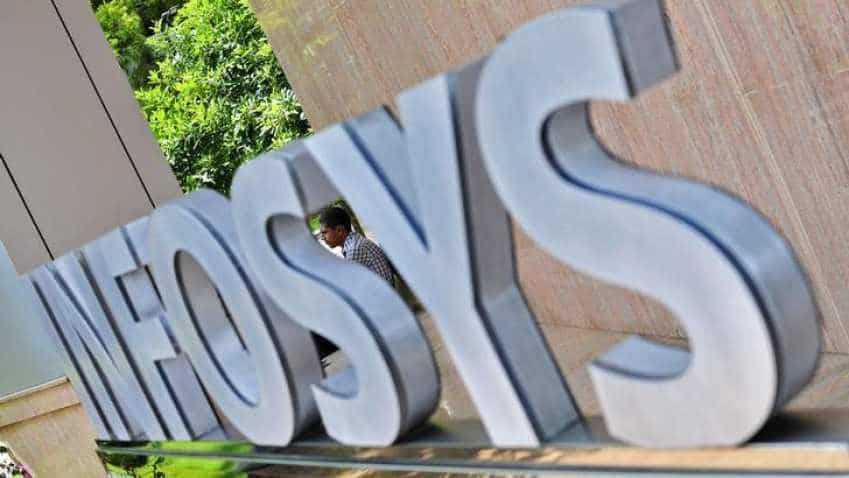 Infosys posted its Q1FY20 result, reporting a rise of 5.3% in net profit at Rs 3,802 crore compared to Rs 3,612 crore a year ago in the same period. Photo: Reuters
Written By: ZeeBiz WebTeam
Edited By: Harish Dugh
RELATED NEWS

The Infosys shares ended on a subdued note last week with investors keenly watching out for the IT-major’s financial performance during June 2019 (Q1FY20) quarter. The shares finished at Rs 727.10 per piece, slightly up by Rs 6.25 or 0.87% on Sensex. After the market hours on Friday, Infosys posted its Q1FY20 result, reporting a rise of 5.3% in net profit at Rs 3,802 crore compared to Rs 3,612 crore a year ago in the same period. Meanwhile, the company's revenue grew by 14% in Indian rupees, 10.6% in USD on yearly basis while constant-currency revenue increased by 12.4% in the quarter.

The key highlight of the result was the revenue forecast for upcoming quarters, which raises faith in the company. As an investor, one can still buy the shares of Infosys. However, growth may be limited. Hence, near-term funds can be hedged.

Rishi Jhunjhunwala and Ameya Karambelkar, research analysts at IIFL Securities said, “Infosys (INFO) reported 1QFY20 revenues at 2.2% cc organic QoQ (12.4% YoY), in-line with IIFL/consensus, led by strong growth in telecom and energy verticals. EBIT margins at 20.5% were also tad better than expectations. Hence, PAT was higher by 5%. INFO raised its FY20 revenue growth to 8.5-10% cc (from 7.5-9.5%), implying 1-2% CQGR for the rest of FY20, though it could include 160bps of acquisition revenues, in our view. Margin guidance was maintained at 21- 23%. It announced US$2.7bn of large deals (55% net new) giving strong revenue visibility for FY20.”

While announcing Q1FY20 result, Salil Parekh, CEO and MD, said, “We had a strong start to FY 20 with constant currency growth accelerating to 12.4% on year over year basis and digital revenue growth of 41.9%. This was achieved through our consistent client focus and investments which have strengthened our client relationships."

The duo at IIFL pointed out that the Infosys management sounded confident on the deal pipeline but sounded cautious on parts of BFSI, manufacturing and life sciences.

The analyst duo has given a 'buy' rating for Infosys shares. “We fine-tune our estimates and maintain TP of Rs780. Margin improvement and reduction in attrition remain key for further re-rating of the stock. Maintain Buy,” they said.