IRCTC Kashi Mahakal Express: Indian Railways is going to start operation of the third corporate passenger train connecting religious places of the state of MP and UP. 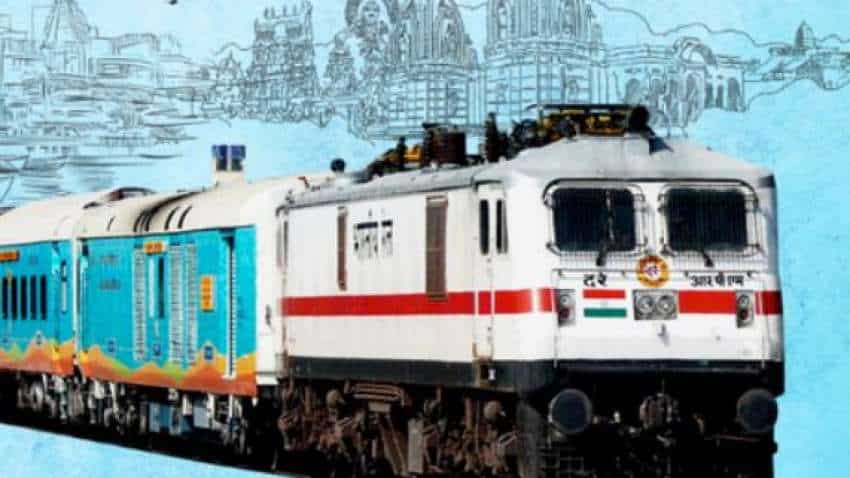 The superfast fully air-conditioned passenger train to be operated by Indian Railway Catering & Tourism Corporation (IRCTC) will connect three Jyotirlinga – Omkareshwar (Near Indore),  Mahakaleshwar (Ujjain) and Kashi Vishwanath (Varanasi) besides also connecting the industrial and educational hub of Indore and Bhopal the capital of Madhya Pradesh. The train will operate thrice a week between Varanasi and Indore: once via Prayagraj (Allahabad) and twice via Lucknow. The route of the train will be via Sultanpur - Lucknow/Prayagraj – Kanpur – Jhansi -  Bina - Sant Hiradnagar – Ujjain -  Indore and back. The train will cover a total distance of 1131 km between Varanasi and Indore via Lucknow and a distance of 1102 km between Varanasi and Indore via Prayagraj (Allahabad) in approximately 19 hours.

Kashi Mahakal Express will be the first passenger train of its own kind which promises to be a full-service overnight journey train with high levels of onboard services complemented with exclusive optional tour packages for the passengers covering the religious, business as well as tourism sites of the states of Uttar Pradesh and Madhya Pradesh. Being its first long-distance overnight journey train, Indian Railways’ PSU IRCTC has geared up to provide a host of facilities and services to the passengers on-board including high-quality vegetarian food, on-board bedrolls and housekeeping services and on-board security services. 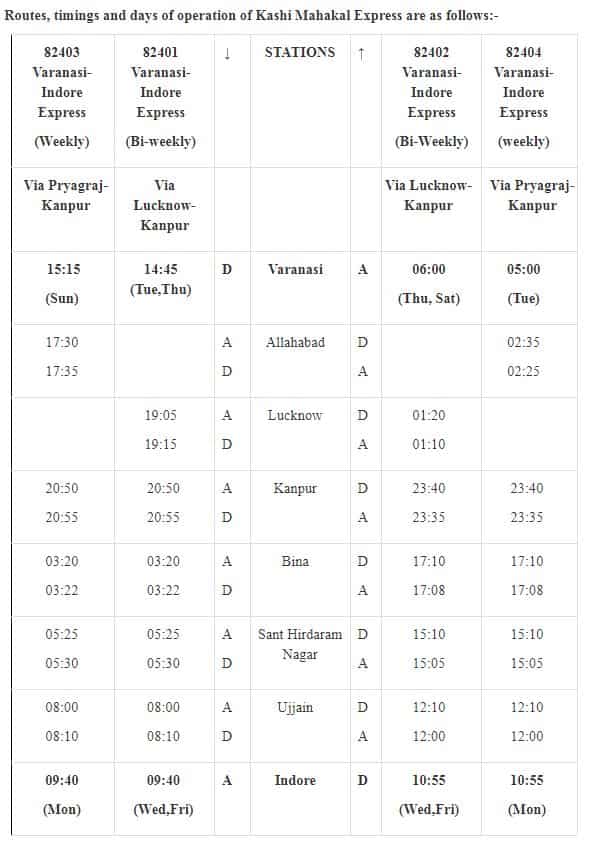 Giving due respect to the religious sentiments of the traveling passengers and offer them with a value addition for various religious places and tourism sites covered by Kashi Mahakal Express, IRCTC is making tour packages of cities and religious sites covered by the train such as Kashi, Omkareshwar, Mahakaleshwar, Bhopal, Sanchi, Ujjain, Bhimbetka, Ayodhya and Prayag.

The train journey from #Indore to #Varanasi is all set to become more comfortable. Travel on #IRCTC operated #KashiMahakalExpress. Running thrice a week, it will cover #Lucknow #Prayagraj #Ujjain & more. Info soon on https://t.co/e14vjdPrzt#IRCTCOfficial #RailConnectApp

The train is available for booking exclusively on the IRCTC website www.irctc.co.in and its mobile app “IRCTC Rail Connect”. There will be no booking at railway reservation counters. The trains will have advance reservation period of 120 days. While there will be no concession tickets in the train, children below 5 years of age have been exempted from fare and will be booked with their parents. Train fare is dynamic in nature. IRCTC has been given the flexibility to decide the fare of the train. Current Booking will be available to users after the preparation of first chart which will normally be 4 hours to 5 minutes before the scheduled departure of the train. All passengers traveling on IRCTC trains will be provided with a complimentary Rail Travel Insurance of up to Rs. 10 Lakhs. IRCTC is further facilitating the passengers by allowing automatic full refund of the train fare in case of cancellation of the train for both waitlisted as well as confirmed e-tickets.