IPL 2020: Rahul Tewatia has been ruling the internet as he turned Sunday night IPL game dramatically in favour of Rajasthan Royals, smashing five sixes off a Shedlon Cottrell over, having started really slow earlier. 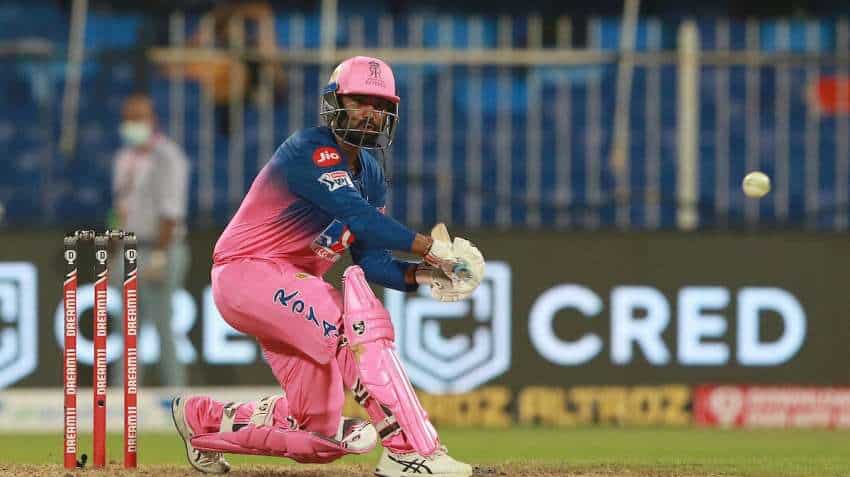 IPL 2020: Rahul Tewatia has been ruling the internet as he turned Sunday night IPL game dramatically in favour of Rajasthan Royals, smashing five sixes off a Shedlon Cottrell over, having started really slow earlier. Promoted up the order, Tewatia was batting on 14 off 21 balls at one point and was subjected to fierce trolling on social media platforms. When Sanju Samson (85) got out, it seemed that the match was almost over. Until, Tewatia came into his own, smashing sixes for fun. It helped Royals pull off the biggest run chase in the IPL history.

Who is Rahul Tewatia?

Hailing from Faridabad, the 27-year-old all rounder made his debut for Haryana during the 2013–14 Ranji Trophy on 6 December 2013 against Karnataka at the Bansi Lal Cricket Stadium. He made his List A debut for Haryana in the 2016–17 Vijay Hazare Trophy on 25 February 2017.

He has been playing in the Indian Premier League for seven years now. In fact, Rajasthan Royals was the first team to give Tewatia a chance in 2014. In 2017 IPL auctions, he was picked by Kings XI Punjab and a year later, was bought by Delhi Daredevils (now Delhi Capitals).

How much did Rajasthan Royals pay for Rahul Tewatia?

Royals didn’t pay money for Rahul Tewatia. Before the start of this year’s IPL, he was traded to Rajasthan Royals in exchange for Ajinkya Rahane. Tewatia picked up three wickets in the first game of this season against Chennai Super Kings.

“I think that was the worst 20 balls that I have ever played. After that - I was hitting the ball very well in the nets so I had belief in myself and kept going,” Tewatia said after the match.

Speaking about how he turned the game, Tewatia said that he saw in the dugout, everybody was curious because they know that he can hit the ball long.

“At once, I thought "I have to believe in myself". It was a matter of just one six, and after that I thought now it's time to get going. Five [sixes] in the [18th] over felt amazing,” he added.

Shocker in Mumbai! Stopped for not wearing helmet, woman beats up traffic cop