IPL 2019: 5 crorepati overseas debutants to watch out for this season

IPL 2019: When the Indian Premier League auctions are around, you play to impress! And, that's what a lot of players do right to bag massive contracts. 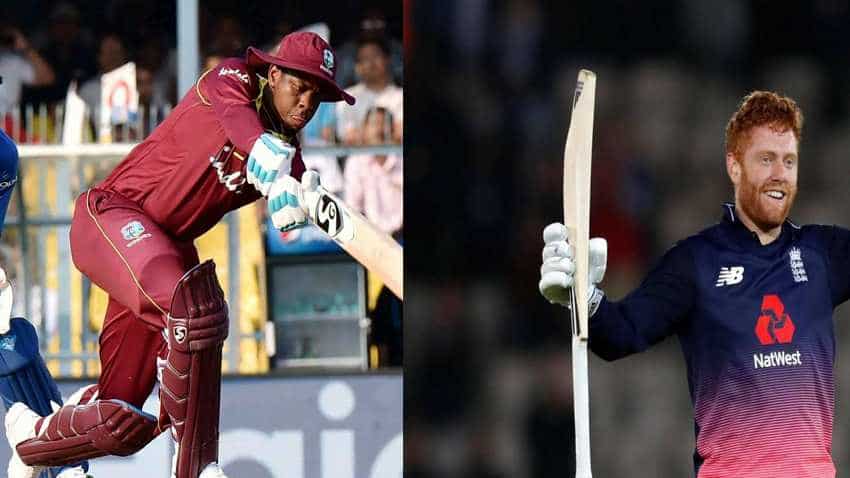 IPL 2019: With many senior players scheduled to leave early to prepare for the World Cup, new names were in heavy demand in this year's auction. Source - PTI/Reuters.
Written By: Manas Tiwari
RELATED NEWS

IPL 2019: When the Indian Premier League auctions are around, you play to impress! And, that's what a lot of players do right to bag massive contracts. This year was no different. Sam Curran's match-winning performances against India last year were enough to make him the most expensive overseas player of IPL auction 2019 while Shimron Hetmyer's heroics in the ODI series against the same opposition earned him a call from Virat Kohli's Royal Challengers Bangalore. Both the player, just like so many others, ended up as crorepatis by the end of the auction.

Even though IPL teams are allowed to play just four overseas players in the playing XI, they form the core of the team and their contribution cannot be ignored. Over the years, many overseas players like Chris Gayle, Shane Warne, Kane Williamson, Lasith Malinga, among others have left a mark on the tournament by delivering some match-winning performances.

This year again, the teams have spent heavily on overseas talent, hoping that it would come good. With many senior players scheduled to leave early to prepare for the World Cup, new names were in heavy demand in this year's auction. Most teams spent big on players who would be available for the entire tournament and would now be hoping for good returns.

Here are 5 crorepati overseas debutants to watch out for this season:

The England all-rounder's career hasn't exactly gone in the direction he would have wanted to after the IPL auction. The 20-year-old is unlikely to be a part of England side for the World Cup and that comes as a blessing in disguise for Kings XI Punjab who have spent heavily on him. This means that Curran would be available for the entire tournament, giving more balance to the side that lacks all-rounders.

With Shikhar Dhawan leaving for Delhi Capitals this year, SRH needed some additional fire power in their side and Nicholas Pooran comes as a smart buy. The 23-year-old Windies batsman can bat anywhere in the order and still make an impact on the game. He could be used as an opener to give a flying start to the side as well as used as a finisher in the lower order.

Finally, the RCB fans have something to look beyond Virat Kohli and AB de Villiers. 22-year-old Shimron Hetmyer absolutely loved the Indian wickets when he toured with Windies last year and would be looking to make an impact on IPL as well. With a strike-rate of over 140 in T20s, Hetmyer has the potential to change game within few deliveries. Playing alongside two of the greatest batsmen would help him too.

It is surprising that how a mercenary with the bat like Jonny Bairstow hasn't been part of the IPL before. The England batsman has finally found a place in SRH and can play an important role as the tournament progress. His big-hitting capabilities are a plus for any side and with David Warner expected to be a bit rusty after the ling break, Bairstow can be be a good back-up.

Not many had heard about Joe Denly before IPL auction 2019 and KKR deserves all the praise for spotting him. The late bloomer has been scoring runs in all the leagues across the world and is a steal for just Rs 1 crore. He comes as a perfect back-up opening option for Chris Lynn who has a reputation of getting injured and can also give you a few overs with the bowl.