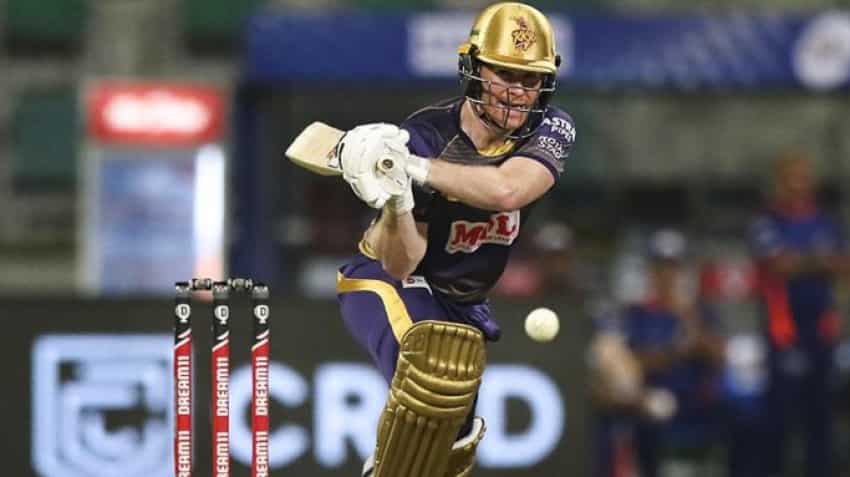 Dinesh Karthik has informed the KKR management that with a view to focusing on his batting and contributing more to the team`s cause, he wished to hand over the captaincy to Eoin Morgan. PTI
Reported By: ANI
Written By: ANI
Edited By: ZeeBiz WebTeam
RELATED NEWS

IPL 13: Kolkata Knight Riders (KKR) skipper Eoin Morgan said he was surprised after Dinesh Karthik decided to hand over the leadership role to him and praised the latter`s "incredibly selfless" act of putting the team first.

"I was surprised as everybody a little. DK informed us yesterday that he would like to step back and focus on his batting as he feels it is the best option for the team. I think it is incredibly self-less and it also shows a lot of courage from him to do that, putting the team first ahead of him being skipper," Morgan said in a video posted by iplt20.com.

"I am delighted to continue the leadership role within the side. We are half-way through the tournament and we have shown some potential, haven`t quite achieved the majority of it yet. Tonight will be another good test," he added.

Karthik handed over the captaincy to Morgan to `focus on his batting` after experiencing a poor run with the bat in the ongoing Indian Premier League (IPL).

"Dinesh Karthik has informed the KKR management that with a view to focusing on his batting and contributing more to the team`s cause, he wished to hand over the captaincy to Eoin Morgan," KKR said in a statement on Friday.Karthik just scored 108 runs in the seven games so far and struggled to find a form with the bat.KKR are in fourth place with four wins and three defeats. They will take on Mumbai Indians today at Zayed Cricket Stadium in Abu Dhabi.