IOC to give LPG connections to 6.55 lakh poor families in NE 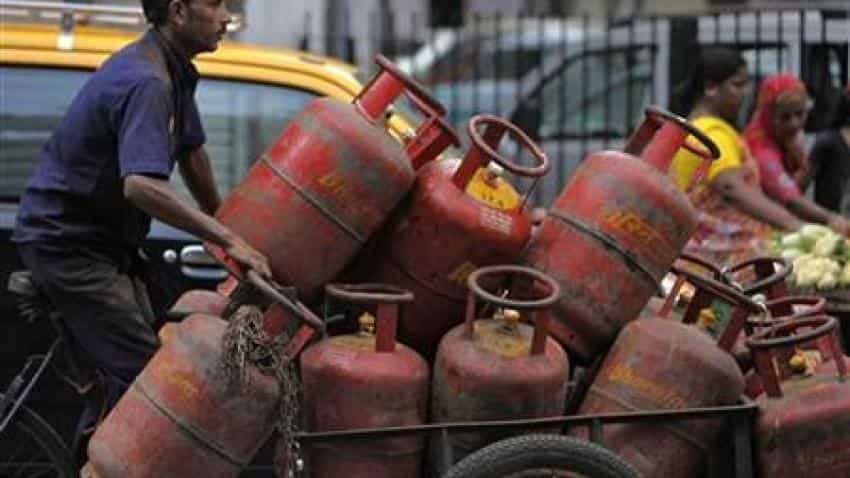 LPG connections: Under Gram Swaraj Abhiyan scheme, the government will give the deposit money on behalf of the beneficiaries, while the cylinders will be given to the owners on loan from the company. Image source: Reuters
Written By: PTI
RELATED NEWS

PSU major Indian Oil Corporation will distribute 6.55 lakh new LPG connections to poor women beneficiaries across 6,741 villages in the northeast as part of the Centre's initiative to make households smokeless. "We have launched our programme to make these villages smokeless. Under this initiative, which was announced by the Prime Minister, we will give LPG connections in the name of women in the houses," Indian Oil Corporation Chief General Manager (IndianOil-AOD) Uttiya Bhattacharyya said here. Under the programme Gram Swaraj Abhiyan, the company will handover LPG connections to 6.55 lakh families across 6,741 villages in the northeast, including 2.4 lakh new connections in 3,042 villages in Assam, he added.

"The programme is beginning today and will end on May 5. In the scheme, the selection of woman beneficiary will be from the BPL families identified from the SECC list or from any of these categories -- SC/ST households, Pradhan Mantri Awas Yojana (Gramin), Antyodaya Anna Yojana, forest dwellers, Most Backward Classes, tea and ex-tea garden tribes and people residing in island and river islands," Bhattacharyya said.

Under this initiative, the government will give the deposit money on behalf of the beneficiaries, while the cylinders will be given to the owners on loan from the company, which will start recovering the same from delivery of the seventh cylinder from the subsidiary amount. "This will require about Rs 110 crore investment from our side for implementing the project in 80 districts of the region. This amount will start coming to us against from delivery of the seventh cylinder to the beneficiary," he said.

The senior official informed that the company has been preparing itself to meet this additional demand for the last few months and is ready to handle the extra load of cylinders due to this programme. "We have 10 bottling plants across North East. These are currently functioning at over 100 per cent utilisation rate. We are gradually increasing our capacity at all plants. This will support the additional load," Bhattacharyya said.