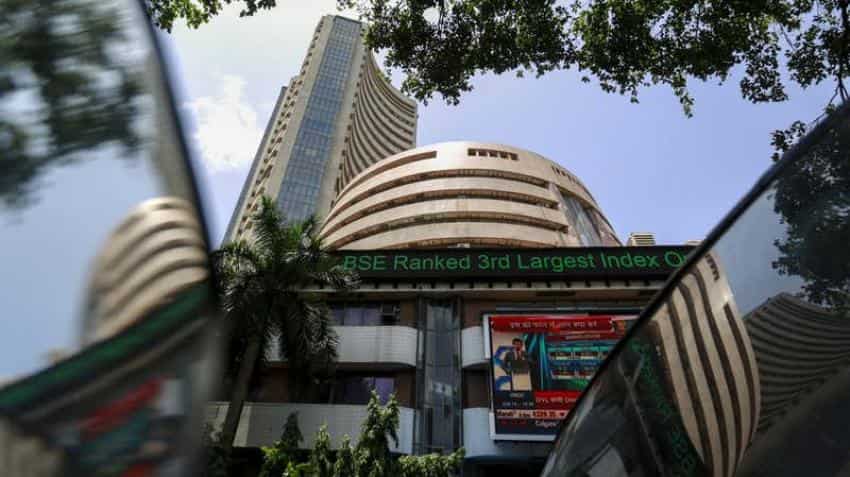 The S&P BSE Sensex slipped below its crucial 36,000 mark, while the broader Nifty50 was also heading towards 11,000. Image source: Reuters

The domestic market extended losses for the second straight session on Wednesday tracking Asian markets, which pulled further back from the record highs after on Wall Street, the Dow registered its biggest two-day drop since September 2016.

Here are top stocks that are buzzing in trade today:

Shares of Indian Oil Corp jumped nearly 3 per cent to Rs 427.4, its highest since October 27, 2017, after the company's profit nearly doubled on higher inventory gains due to a sharp rise in global oil prices.

Tata Steel turned flat after hitting its 52-week high of Rs 747 in early trade, up 2% after the stock turned ex-rights in the ratio of 4:5 i.e. four full paid equity shares for 25 equity shares held on the record date.

ICICI Bank was down over 2 per cent at Rs 343 ahead of its December quarter numbers due later in the day. According to Zee Business estimates, the private sector lender is expected to report 48 per cent fall in Profit after Tax (PAT) in Q3, while provisions may also see an uptick.

Jubilant Life Sciences rallied over 3% to Rs 962, extending its 3% gain of the last two days on BSE, after the company announced that it has received Abbreviated New Drug Application (ANDA) approval for Clonidine Hydrochloride Extended-Release Tablets.

Bharat Electronics plunged over 5 per cent to Rs 167.70 on Wednesday after the company reported an 18.9 per cent decline in net profit for the December quarter. Net profit stood at Rs 302.84 crore as against Rs 373.54 crore in the same quarter last year.