IOC Alert! Never make this mistake on e-mail. SMS, you may lose lakhs of rupees 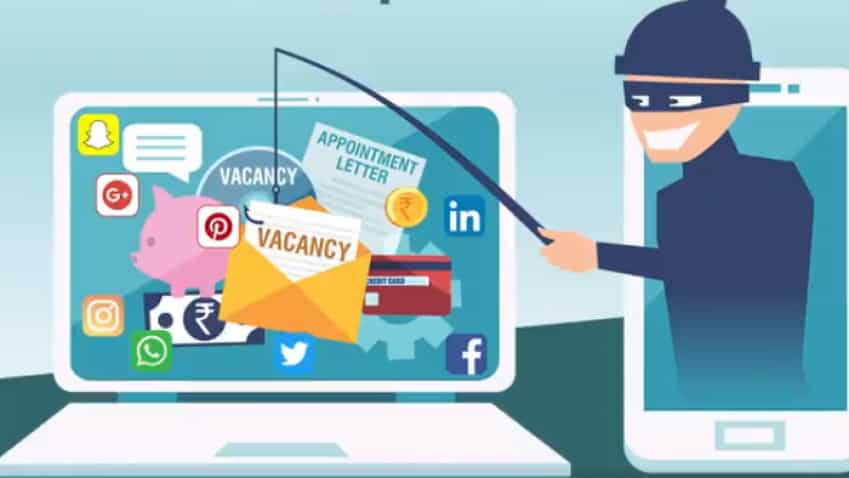 Indian Oil has also made it clear that if any person pays any amount to such fake people/agency then the company will not be in any way responsible for it. Image source: Twitter/@IndianOilcl
Written By: ZeeBiz WebTeam
Edited By: Harish Dugh
RELATED NEWS

Oil marketing company Indian Oil has issued a dire warning for the general public after coming to know about fraudsters stealing innocent people's money. Indian Oil has urged people not to lose their money by falling for fake job offers. Indian Oil says that some people/agencies are offering fake jobs in the name of Indian Oil. People should verify such fake advertisements. Apart from this, even if someone offers a job in the name of Indian Oil and asks for money in lieu of it, then it is a fraud. Indian Oil says it is being done with the help of fake e-mails and social media. "Don't fall prey to false promises! It has come to our notice that some unscrupulous agencies/person(s) are using IndianOil's name and offering false employment opportunities by sending fraudulent e-mails/messages on social media," the company tweeted.

IndianOil says that the company never announces vacancies through e-mails or social media. All vacancies of Indian Oil are notified in major newspapers and employment news or through detailed job advertisements. "It has come to our notice that some unscrupulous agencies/person(s), purporting to represent Indian Oil Corporation Limited (IndianOil), are fraudulently offering false employment opportunities in IndianOil. Such bogus agencies/person(s) are sending fraudulent e-mails/ messages on social media and claiming money from candidates against the promise of facilitating aforesaid appointments," Indian Oil said.

If any vacancy is announced then the complete information related to it is also posted on the official website of Indian Oil, www.iocl.com. Indian Oil does not outsource any recruitment-related work to any agency/person for hiring on the executive or non-executive posts.

The company also said that the notification of Indian Oil clearly shows how much fee should to be deposited by applicants. No extra fee is demanded from aspirants. If someone asks you money for a job in Indian Oil then be assured that the offer is fake. Because Indian Oil takes only the application fee from candidates. Therefore, Indian Oil has warned the general public against e-mails of fake agency/people and urged them not to pay attention to such offers received on social media.

"The general public is hereby informed that all the vacancies in IndianOil are notified in leading newspapers and the Employment News/Rozgar Samachar, through detailed job advertisements mentioning the eligibility criteria (including academic qualifications, permissible age, experience requirement, if any, relaxations extended to reserved category candidates, etc., for any such vacancies) and the selection procedure. The same are also hosted on IndianOil's official website (www.iocl.com). Further, recruitment to any post, executive or non-executive, is not outsourced by IndianOil to any agency/individual," Indian Oil said.

"It is to be noted that IndianOil does not solicit any money whatsoever from any candidate at any stage of the recruitment process, other than the prescribed application fee, if mentioned, in such job advertisements. Therefore, the general public is hereby cautioned not to fall prey to such bogus agencies/person(s) aiming at fleecing money from the innocent public through e-mails, social media, etc., and also urge the public not to believe any such promise of facilitating aforesaid appointments. IndianOil will not be responsible in any way for the amount paid by any individual to such agencies/person(s) purporting to be representing IndianOil," it added.

Indian Oil has also made it clear that if any person pays any amount to such fake people/agency then the company will not be in any way responsible for it. People are advised that for any information related to jobs in the company, aspirants should just look at the IndianOil official website www.iocl.com.