Fund houses have garnered over Rs 53,000 crore through SIPs, a preferred route for retail investors to invest in mutual funds 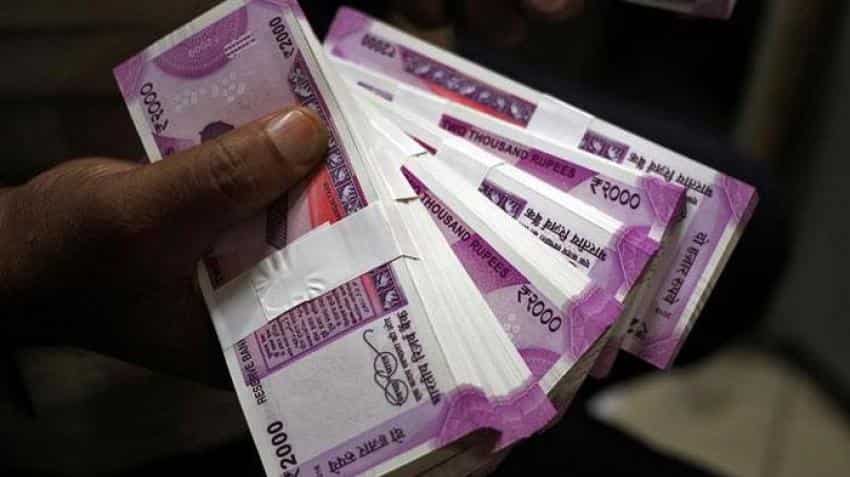 Fund houses have garnered over Rs 53,000 crore through SIPs, a preferred route for retail investors to invest in mutual funds. Image source: Reuters

In a big surge, mutual funds have added over Rs 6 lakh crore to their asset base in 2017 and the uptrend is likely to continue in the new year, helped by a spirited promotion campaign by the industry and post- demonetisation resurgence of financial investment products.
The industry is looking at an increase of nearly 40 per cent to the total asset under management (AUM) as the year 2017 draws to a close, after attaining a record level of Rs 23 lakh crore at November-end itself -- up from Rs 16.46 lakh crore at the end of December 2016. The investor count is also estimated to have risen by over 1.7 crore during the year.
Moreover, the fund houses are expecting similar 'healthy' growth in AUM to continue in the new year as the penetration levels of mutual funds are still very low in the country and various reform measures initiated by the regulator Sebi should help too.
"Low penetration of mutual funds in India is one of the key factors which will drive growth, coupled with increasing levels of financial literacy and lack of suitable alternatives for long-term wealth creation," Franklin Templeton Investments India President Sanjay Sapre said.
"Further, technology is likely to be a key enabler of growth to deepen reach and build scale using the trinity of Jandhan, Aadhaar and the Mobile (JAM) for everything from KYC to payments. This will not only help improve distribution reach across the country but will also reduce costs and improve ease of investing," he added.
In 2017, the total asset base of all 42 active fund houses put together has surged by an impressive about 40 per cent. The growth was 24 per cent over the last five years.
The industry's AUM had crossed the milestone of Rs 10 lakh crore for the first time in May 2014 and in a short span of about three-and-a-half years, the asset base shot up more than two-fold to Rs 23 lakh crore in November-end.
This would be the fifth consecutive yearly rise in the industry AUM, after a drop seen for the two preceding years.
The spike in bank deposits and consequent decline in interest rates following demonetisation on November 8, 2016 has also helped mutual funds.
"Demonetisation effect, decline in interest rate on traditional assured returns product like fixed deposit, shift from physical to financial savings as real estate and gold were lacklustre and increasing initiatives on enhancing investor awareness have all aided in such impressive growth in the industry," Sapre said.
The industry has been running a very ambitious investor awareness campaign, 'mutual fund sahi hai' or mutual funds are right for the investor and the experts feel it may have added considerably to the growth.
Further, consistent delivery of returns by the industry and prudent risk management assisted in increasing the penetration of mutual fund products, Kotak Mutual Fund CIO Equity Harsha Upadhyaya said.
Moreover, a sharp rise in systematic investment plans (SIPs) has promoted more sustainable growth for the industry as more people moved away from the concept of large lump sum investments.
Fund houses have garnered over Rs 53,000 crore through SIPs -- a preferred route for retail investors to invest in mutual funds as it helps them reduce market timing risk.
The industry added over 9 lakh SIP accounts each month on an average in 2017 with SIP size increasing from Rs 3,973 crore last year to Rs 5,893 crore in 2017.
The increased participation of investors from the country's smaller towns (B-15) compared to top 15 cities was another major development for the industry.
Another highlight of 2017 was an impressive surge in the number of investor accounts and equity folios contributed tremendously to this growth.
Overall, investor folios climbed by 1.7 crore to 6.5 crore while retail investor accounts -- defined by folios in equity, ELSS and balanced categories -- alone grew by 1.4 crore to 5.3 crore.
Equity and equity-linked saving schemes (ELSS) attracted an impressive inflow of around Rs 1.4 lakh crore. SIPs have been a key driver for these flows, while EPFO has been another major contributor to such flows through passive funds.
The year passing-by continued to see a trend wherein net investments by domestic institutions have been more than that of foreign investors. Mutual funds have made a net investment of Rs 1.15 lakh crore into stock markets, much higher than Rs 53,000 crore pumped in by foreign portfolio investors (FPIs).
Over the last few years, MFs have proved to be a low- cost, compliant and transparent entity to channelise savings towards financial investments.
Jimmy Patel, MD and CEO at Quantum AMC, said that Sebi's new reform on categorisation of mutual fund schemes will help investors who are confused with the multiple products and may aid in putting a leash on mis-selling as schemes will have common parameters through means of categorisation.
In October, the markets regulator had asked mutual funds to categorise all their schemes within five baskets -- equity, debt, hybrid and solution oriented schemes.
"With the start of 2018, there will be many 'me too' funds launched. The Sebi order applies only to open ended schemes which mean that there is a high chance of multiple schemes in the closed-ended category springing up in the New Year," Patel said.
Looking at the growth of the mutual fund industry globally, Sapre said that there are two significant areas of opportunity for the further growth -- managing retirement and insurance assets.
ICICI Prudential MF Managing Director and Chief Executive Nimesh Shah said that one segment which is likely to attract investor interest is the balanced advantage/dynamic asset allocation category of schemes.
In the years ahead, we expect the asset base of this category to surpass the collective AUM of the equity category, he added.