Modi government is planning to give a big relief package to distressed farmers, which may include Direct Investment Support (DIS), interest-free loans and nominal premium for crop insurance. 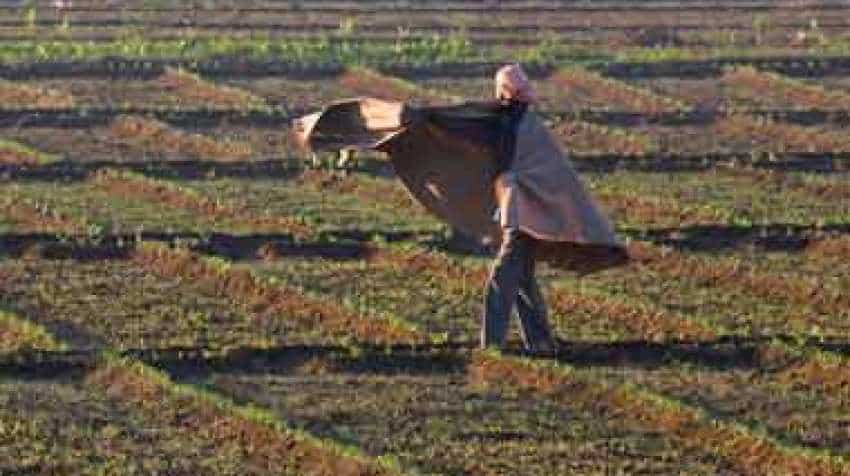 The official said the DIS plan would lead to an expenditure of around Rs 1.5 to Rs 2 lakh crore. Image source: Reuters

With the BJP losing three Hindi heartland states to the Congress in the recent Assembly elections and general elections around the corner, the Modi government is planning to give a big relief package to distressed farmers, which may include Direct Investment Support (DIS), interest-free loans and nominal premium for crop insurance.

According to sources, the government may implement the farm package in two phases, and the major takeaway is the DIS of up to Rs 15,000 per hectare per year, which will take care of the purchase of inputs like seeds, fertilisers, pesticides, labour.

In the wake of the BJP government`s aversion to farm loan waiver, there is said to have been a consensus in the PMO that the DIS through cash transfer annually would relieve farmers from the debt trap, which has also been recommended by the NITI Aayog,

It is on the lines of the DIS schemes such as the Odisha government`s KALIA, short for Krushak Assistance for Livelihood and Income Augmentation, and the Telangana government`s Rythu Bandhu. "Agriculture Ministry and the NITI Aayog have made their recommendations. The DIS would be Rs 15,000 per hectare. However, the PMO is expected to make changes till the last moment as this being the year of mega polls," said an official, who wished not to be named.

The official said the DIS plan would lead to an expenditure of around Rs 1.5 to Rs 2 lakh crore. There are around 13.8 crore farmers in the country and about 86 per cent of them, who have small and marginal landholding, are the likely beneficiaries.

The decision on whether to stop different kinds of subsidies on power, irrigation, fertilisers has not be taken yet as the DIS plan is not to support farmers income but support their investment in cultivation, a source said. The Modi regime has been facing criticism over its failure to address the issues of falling crop prices, rising input costs and accumulating debt.

Interest-free loans are also on the cards. The Centre pays 2 per cent interest subvention against the base rate of 9 per cent on all farm loans and additional 3 per cent cut in case of loan up to Rs 3 lakh if farmers repay the loan in one year. The Centre can reduce the remaining 4 per cent as a part of the package, making the loan effectively interest free. The move would cost the government over Rs 20,000 crore.

There could be an increase in the collateral-free loan under the Kisan Credit Card from the existing Rs 1 lakh to Rs 2 lakh. The government has plans to shell out more money for the procurement scheme to address the issue of the price gap between the market prices and the Minimum Support Prices.

However, it would more likely be a part of the budget, said the source. The Modi government`s flagship crop insurance scheme, Pradhan Mantri Fasal Bima Yojana (PMFBY), may see the premium charged from the farmers going down to nominal, up to Re 1 per acre. Opposition parties and activists have in the past torn into the scheme saying it benefited private companies more than the farmers.

In the past one year, the national capital alone saw at least five major rallies of farmers, despite the BJP-government coming up with a new price-fixation formula and a score of schemes to impress the tillers of the soil.