Rupee vs dollar: Indian currency likely to hit Rs 70 to Rs 70.5 level; here is why

Rupee vs dollar: Experts say the WTI crude oil prices, which has risen from $54/barrel to around $62.36/barrel today will make Indian oil imports dearer. 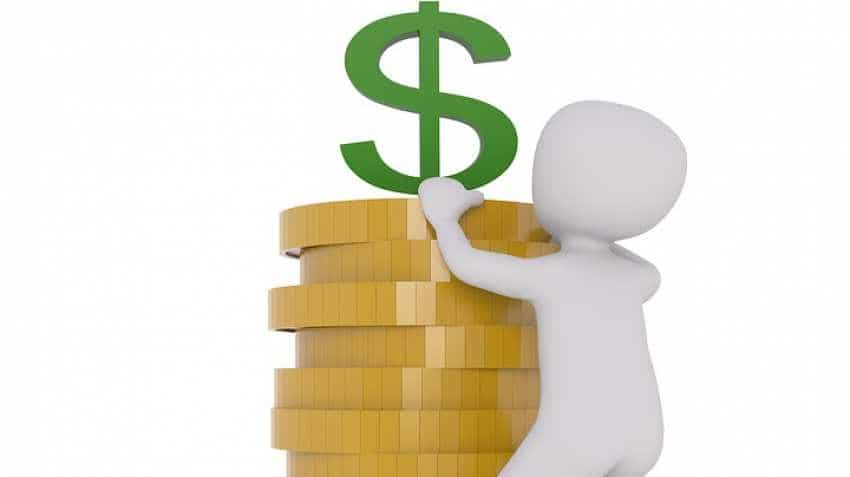 The Indian rupee has over rallied and profit booking is awaited. Once the profit booking triggers, it may go up to 70 to 70.5 per dollar levels by April end. Photo: Pixabay
Written By: Asit Manohar
RELATED NEWS

On account of crude oil prices at WTI scaling around 8-9 per cent in around one month, the Indian Rupee may feel some pressure against the US dollar (USD) as India imports around 85 per cent of its oil demands in the domestic market. Experts say the WTI crude oil prices, which has risen from $54/barrel to around $62.36/barrel today will make Indian oil imports dearer, putting pressure on the Indian Current Account Deficit (CAD) and dollar reserves. They say the crude oil price at WTI is expected to touch $65-$66/ barrel by the end, which may lead to a correction in rupee against dollar and rupee may touch 70/dollar levels.

Asked about the levels where the Indian rupee may go against the US dollar Anindya Banerjee, Analyst at Kotak Securities said, "The Indian rupee has over rallied and profit booking is awaited. Once the profit booking triggers, it may go up to 70 to 70.5 per dollar levels by April end." He said that the strong US data is expected to help the US dollar to gain the ground it lost to rupee recently.

Speaking on the indicators that would impact the rupee-dollar deviation Anuj Gupta, Deputy Vice President — Commodities and Forex at Angel Broking told Zee Business online, "The crude oil prices at the WTI has scaled around 8-9 per cent in less than one month, which will put Indian rupee under pressure. As the crude oil is further expected to go up and touch $65-66/barrel, the Indian rupee is expected to feel the heat at Forex market as India meets near 85 per cent of its demand through imports." Anuj Gupta of Angel Broking went on to add that Indian expenditures are expected to go up as the Lok Sabha Polls begin and it would also have some negative impact on the national currency.

Expecting rupee to feel the heat against dollar VK Sharma, Head PCG & Capital Markets Strategy, HDFC Securities said, "Oil prices rose for a fourth day (yesterday), pushing Brent towards a nearly five-month high of $70 a barrel as support from OPEC-led supply cuts and US sanctions overshadowed a report showing an unexpected rise in US inventories." Sharma said that Skymet has projected below normal monsoon rains from June through September. The agency said that it expects monsoon to be 93 per cent of the long-term average. Skymet attributed developing El Nino phenomenon for its forecast of a below normal monsoon. Skymet believes that the chances of below normal rain are 55 per cent. As a result, Indian equity markets witnessed sharp correction after touching a new all-time high in Wednesday's trade. Rising crude and below monsoon forecast weighed on Indian currency that triggered profit booking by the rupee bulls at Forex market.