INR may touch 69 per USD in coming days as the falling crude oil prices would help Indian rupee to further consolidate against the American currency. 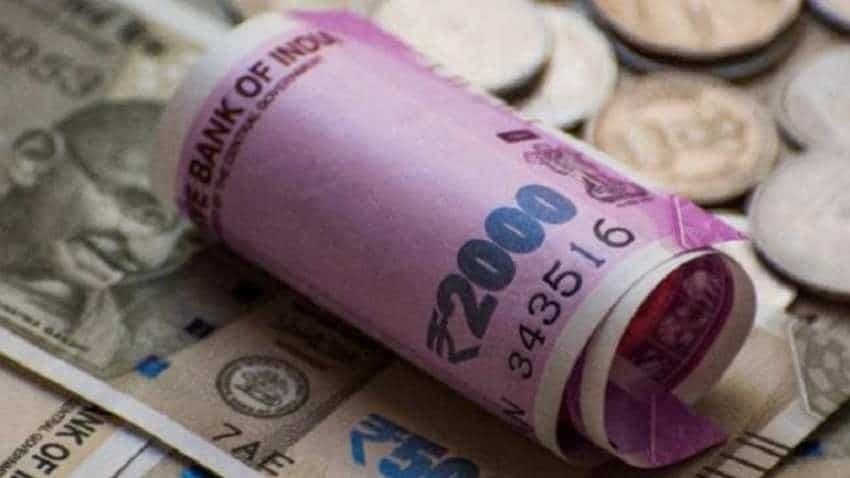 RBI may chip in to buy USD and enhance its dollar reserves as and when the INR touches 69 in the international forex market. Photo: PTI

On account of falling crude oil prices in the global commodity market, the Indian Rupee is expected to further consolidate against the US dollar (USD). As per the currency experts, the rupee rally may further gain as the GST revenue collection for the Jan-March quarter has gone past Rs 1 lakh crore and it will help government contain fiscal deficit, which has been targeted at 2.9 per cent of the GDP in current fiscal.

Speaking on the rupee versus dollar outlook Anuj Gupta, Deputy Vice President — Commodities and Currency at Angel Broking told Zee Business online, "On Friday, the crude oil prices in the global merchandise has crashed around 6 per cent that would help the Indian government to reduce its expenditure on oil imports." Anuj Gupta of Angel Broking went on to add that reduced oil imports expenses would lead to control over fiscal deficit and finally helping rupee to gain against the American dollar.

Anuj Gupta of Angel Broking said, "As per the crude outlook and current fiscal deficit, we are expecting the fiscal deficit in the April-June quarter to remain around 1.5 per cent of the Indian GDP, which means rupee may continue to gain ground against the dollar in the Forex market." Asked about the target where the Indian rupee may go in next three months Anuj Gupta said, "The rupee may show 69.5 to 69 per dollar levels in this period."

On Reserve Bank of India may get lured by rupee gaining against the Us dollar to buy dollar and increase its dollar reserves, Anindya Banerjee, Research Analyst — Derivative and Currency at Kotak Securities said, "The Reserve Bank of India (RBI) may chip in when the rupee is gaining against the US dollar and start buying dollar and not allow rupee to further gain against the greenback as the US dollar has been correcting into the global forex market. Once, it would start gaining, the rupee may start falling heavily and hence the RBI may not allow the rupee to gain ground beyond Rs 69 per dollar levels." He said that it would help RBI enhance its dollar reserves and at the same time make preparations for the time when the dollar will start gaining the ground it is losing these days.