The infrastructure crisis has truly turned into a nightmare for the country - Project delays, costs overruns, stretched liquidity and cashflow mismatch triggered by unrealised payments, lack of access to long-term capital leading to over-dependence on short-term debt that leads to firms defaulting on their obligations. 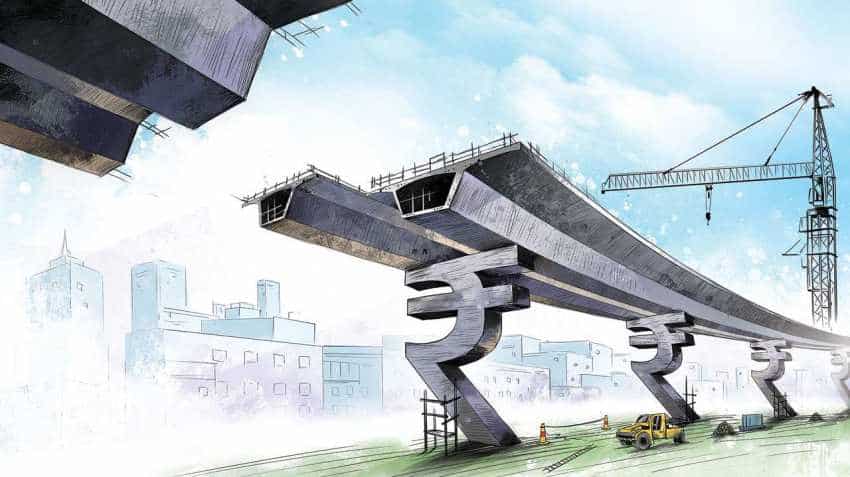 Infra sector is crumbling as project delays, cost overruns and financing woes mount. Even new models like hybrid-annuity are proving to be unviable. Private sector investment is the key to revival, but the return of private capital may be delayed because of the inherent weakness in financial markets.

-Under HAM, 40% of the project cost is borne by the govt and the rest can be raised by the contractor via debt or equity

-NHAI accounts for 70% of all road investments, which, in turn, rely mainly on cess collected by the government

Ranajit Bhattacharya, an otherwise healthy senior official of construction company IVRCL, fell sick on March 31, 2016, after getting a phone call.

In Kolkata, an under-construction flyover passing through one of the busiest roads in the heart of the city had collapsed that day, crushing 27 people on the spot and gravely injuring 80. Seven days later, Bhattacharya was arrested.

Exactly seven years before that fateful day, Bengal Urban Infrastructure Development Pvt Ltd, a joint venture between the state government and IL&FS, selected IVRCL and a Chinese partner for constructing Vivekananda Flyover in 18 months’ time at a cost of Rs 164.64 crore. Gammon, Simplex and Tantia Construction were other bidders in the fray.

IVRCL is now bankrupt; Gammon, Simplex and Tantia have all been dragged to the National Company Law Tribunal; and IL&FS has just been taken over by the government to prevent a major economic crisis.

A portion of that flyover still casts a shadow on the people below. A subsequent report of Comptroller and Auditor General (CAG) found that a third-party quality control agency had won the bid by quoting an abnormally low rate of Rs 6.97 lakh. A night before the collapse, an instruction by the contractor to stop work because of weakness in the structure wasn’t followed, the report pointed out.

The infrastructure crisis has truly turned into a nightmare for the country - Project delays, costs overruns, stretched liquidity and cashflow mismatch triggered by unrealised payments, lack of access to long-term capital leading to over-dependence on short-term debt that leads to firms defaulting on their obligations.

This pretty much sums up most of the infrastructure construction companies, many of which have now landed up in the National Company Law Tribunal, waiting to be rescued by a knight with a bag full of money, or, more realistically, suffer liquidation and be sold off in parts at throwaway prices.

The cookie crumbles
During 2008-2012, infrastructure spending was at about 7% of the gross domestic product (GDP). By 2012, the game-changing public-private partnership (PPP) model acquired significant scale, with World Bank’s Private Participation in Infrastructure (PPI) database ranking India on top among developing nations between this period.

But from there, it hit a speed bump and infrastructure spending fell to about 5.8% of the GDP in 2013-2017. “Since then, a raft of risks manifested, exposing lacunae in the PPP architecture, leading to a spike in stalled projects and stressed debt, which muted risk appetite in the private sector,” said Crisil Infrastructure report 2018 issued last week.

Profligate attitude
What ails a typical infrastructure construction sector company and when exactly the trouble started? While the strains were showing much earlier, the tipping point was reached for many such companies in 2016.

“Till about 2012-13, everybody was in construction mode. Nobody was bothered about the payback. There was easy money from the banks that lent at reckless terms. Private sector companies were more concerned with boosting up their order books and never really looked at the viability. The major reason why so many companies are now going bust is that they were borrowing short-term money at the holding company-level to provide long-term equity to the special purpose vehicles that were set up to execute the project,” said Vijay Agrawal, executive director, Equirus Capital.

Take the example of Gammon India, which got a default rating in April 2016. In August that year, another well-known player in the sector, Shriram EPC, had its ratings suspended as it refused to share data with the rating firm, which subsequently downgraded it to default category in September last year.

Strained liquidity position due to delays in recoveries from customers and project execution delays resulting in holding of high inventory, which blocked working capital funds and caused cost-overruns were among the reasons cited by the rating firms at that time.

From the original cost of implementation of Rs 15,72,066 crore, the anticipated completion cost is now seen at Rs 18,72,201 crore, ministry’s latest report for May, which was released recently said. This is up from the estimate of Rs 2.23 lakh crore as on April, according to the previous update released in September.

Another factor contributing to liquidity crunch is the money stuck in arbitration, which otherwise could have been paid to suppliers and sub-contrators.

Construction major HCC has, as on March 2018, arbitration claims amounting to Rs 4,823 crore, which it had won.
While a pro-arbitration approach is now the order of the day, the Delhi High Court has earlier deprecated the practice of needless appeals filed by government companies against arbitral awards while delivering a judgement in a dispute relating to arbitration in the case of National Highway Authority of India and BSC-RBM-PATI joint venture.

“The court held that these appeals were filed only because the state had the financial wherewithal to do so,” an analyst tracking the sector said.

New models
Things improved a bit, particularly for those operating in the road sector, with recalibrated PPP models, including the hybrid annuity and toll-operate-transfer brought in to replace other inefficient financing models. But here too, the shortsightedness of the private players would play a spoilsport.

“Hybrid annuity model bids have turned unviable, mainly due to aggressive bidding with bids going even below estimates of NHAI,” Agrawal said.

HAM was brought in as projects under the engineering, procurement and construction model (EPC) were facing significant delays and cost escalation, which hurt the margins of road developers. In EPC, the financial risk is significantly less as the government funds the project and provides regulatory clearances. Even projects under build-operate-transfer were not faring well.

Under HAM, 40% of the project cost is borne by the government (paid across first five years through annual payments/annuity) and the rest can be raised by the contractor via debt or equity.

The government, on its part, seems to be learning from its past experience in other sectors also. Similarly, for Railways, the new, revamped station redevelopment project unveiled by the government last week removes the restriction on the lease term of the contract from the earlier cap of 45 years and made it dynamic, depending upon the viability of the individual stations. The chances of recouping investments were made brighter with the inclusion of residential projects as well within the project area.

Public vs private
The revival of private sector investment would remain the key to infrastructure sector companies getting out of the current mess. Crisil has predicted a further fall in overall infrastructure spending beyond 2018 if the private sector does not chip in. “Private sector here don’t have recourse to long-term funds needed for long gestation infra projects. So, it is left to either the government or long-term funds like overseas pension funds to support the sector,” Agrawal said.

Over-dependence on the government for infrastructure projects is bringing in its own share of troubles. NHAI accounts for 70% of all road investments, which, in turn, rely mainly on cess collected by the government. The authority has now been told to look for alternative sources like overseas borrowings.

Road developer SPML recently terminated its concession pact with the Rajasthan government for a road project due to what the company described as a breach of contract.

The sunny side
SPML’s experience with the Rajasthan road project does not represent the state of health of completed road projects elsewhere.
Take Bharat Road Network, country’s sole listed road portfolio. The company is witnessing an upswing in its fortunes with healthy growth in traffic across all its operating projects. In the first quarter of the current fiscal, toll revenue across the portfolio increased 9.6% on-year. “We are witnessing buoyancy in the road sector triggered by a healthy growth in traffic volume and high capex allocation for highway development across the country,” said Bajrang Kumar Choudhary. managing director, Bharat Road Network.

A likely hike in infrastructure spending, particularly before the Lok Sabha election, heightened activity in the road sector, efforts to revive some of the stalled projects impacted by liquidity crunch and increased focus on rural infrastructure including irrigation would help infrastructure and construction companies survive the current crisis.