Infosys share price hits two-year high; IT giant gets on with local hiring

Infosys said stricter work visa norms across various markets like the US and Australia will not "constrain" its business growth as Infosys is focussing on hiring locals and training workforce in these geographies. 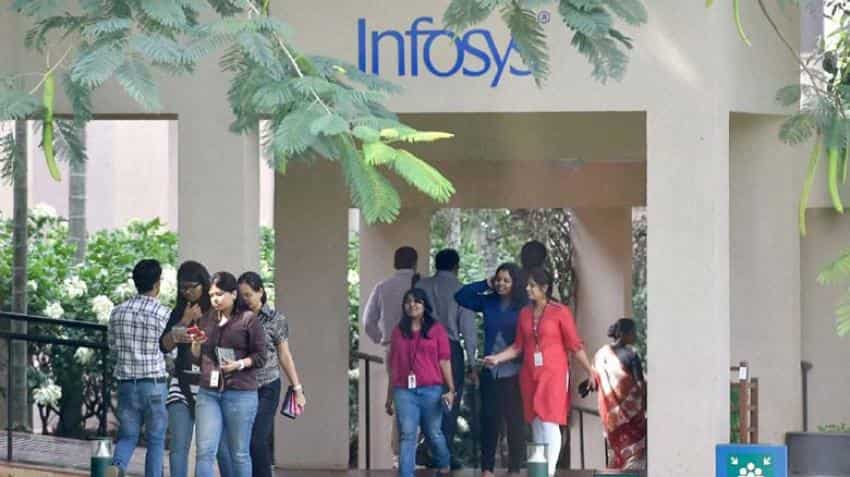 Infosys has already hired 4,000 people in the US. Image source:

The IT giant said stricter work visa norms across various markets like the US and Australia will not "constrain" its business growth as Infosys is focussing on hiring locals and training workforce in these geographies.

"I think, in general what we see in many of our markets -- Europe, Australia, New Zealand, US market -- independent from the current political situation -- the overall sentiment is to enhance more local jobs activities," Infosys CEO Parekh said at Morgan Stanley's 20th Annual India Summit.

He added that Infosys has already hired 4,000 people in the US and is also recruiting freshers from colleges.

"We have had 800 college graduates... We have a plan that this will become close to 1,000 college graduates per year in the coming fiscal and the fiscal after that," he said, adding that these steps are also finding appreciation with state governments in the US.

"We think the environment is such that if we do the things in the right way, this is going to be a further expanding business. So, we don't see it as a constraint but the dynamic globally is different and the business model needs to evolve to adapt to it," he said.

Parekh, who took over the top job at Infosys earlier this year, said the company is also investing in enhancing digital capabilities, infusing artificial intelligence and automation across projects and also re-skilling talent on these new-age technologies.

Infosys estimates the agile digital market opportunity to be about $160-200 billion in size.

Parekh said the company's digital revenues stood at $2.79 billion in FY18, which was about 25.5 per cent of its total revenues.