The Wholesale Price Index (WPI) based inflation is now at a 3-month low of 4.64 per cent, having oscillated in a range of 2.74-5.68 per cent during the year. 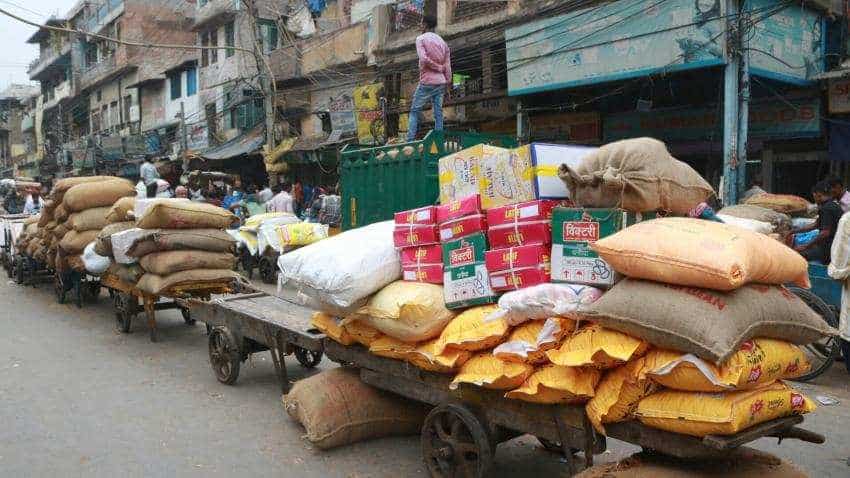 Inflation seems to have become a double-edged sword for policy makers with political opponents attacking the government over farmers getting hit due to low prices for agricultural produce, Image source: IANS
Written By: PTI
RELATED NEWS

Inflation seems to have become a double-edged sword for policy makers with political opponents attacking the government over farmers getting hit due to low prices for agricultural produce, even as the rate of price rise in 2018 has mostly been contained within the targeted comfort zone.

The data showed retail as well as wholesale price inflation remaining low for most part of the year, though spikes in petrol and diesel prices came as a spoiler.

The retail inflation, measured as per the Consumer Price Index (CPI), remained mostly below 5 per cent, within the RBI's comfort level of 4 per cent with a bias of plus/minus 2 per cent. January was the only month when it crossed 5 per cent.

The Wholesale Price Index (WPI) based inflation is now at a 3-month low of 4.64 per cent, having oscillated in a range of 2.74-5.68 per cent during the year.

The latest data puts retail inflation for November at the year's lowest level of 2.33 per cent, mainly due to low prices of food articles, coupled with deflation in some agricultural products -- which is a good news for consumers as well as the government and the RBI.

But, this same situation has also led to concerns about falling prices of agricultural produce resulting in a crisis for farmers. The crisis has got further compounded for those having taken farm loans and there have been reports from various parts of the country about farmers failing to recover even input cost for some commodities including onion.

The year saw multiple agitations by farmers demanding better price of their produce and also effective measures to support the farming sector. The farmers' distress also became a key election issue during recently-held assembly polls and may again be in focus during the 2019 national elections.

In the past, high inflation has been a bigger headache for governments and policy makers.

"The decline in inflation is largely driven by food, but the recent meltdown in oil will help the numbers further. While the decline in food inflation is comforting for consumers, it is not good news for farmers," Ghosh said.

Unlike in past, farmers have started to realise that short-term loan waivers is not going to work on a durable basis and they want better solutions including incentives to the farm sector, subsidy, low cost power and irrigation facilities, experts feel.

Several farmer leaders have alleged the government was not heeding to their demands for a reasonable minimum support price (MSP) and the hike announced by the Centre has not matched their expectations.

Edelweiss Securities' economist Madhavi Arora said the terms of trade have been unfavourable for the agriculture sector as despite higher MSPs announced this year, the ground impact has remained modest and food inflation continues to plunge further.

JNU Professor Kamal Mitra Chenoy said it will not be easy for the government to contain the farmers' distress as it is too late to take any effective measure and loan waivers are short-sighted steps.

"Deflation in farm products, while beneficial for consumers, can hurt the income of farmers. It is therefore extremely important to take forward reforms in the marketing and distribution of agricultural produce, which will lead to better remuneration for the farmer," industry chamber CII's Director General Chandrajit Banerjee said.

Greater investment in agriculture is also required including for rural infrastructure, irrigation, storage and warehousing facilities, he added.

The industry body said inflation turned out to be lower than expected in 2018, primarily due to moderation in prices of food products, while on the other hand inflation in fuel and other products in the CPI basket have been higher.

This trend may be reversed in the coming year as fuel prices moderate on lower oil prices and a stable rupee. Food prices may move up from current low levels, but overall retail inflation is expected to remain within the 4 per cent target of the RBI, Banerjee added.

"We expect inflation trajectory to stay decisively below 4 per cent at least in the first half of 2019. Inflation till March will stay below 3.5 per cent. Global outlook looks wobbly. This will also impact India's growth prospects," he said.

Arora said sustained lower inflation should open up space for easing of interest rates in first half of 2019.

RBI has lowered its inflation projection to 2.7-3.2 per cent for the second half of the current fiscal, citing normal monsoon and moderate food prices. For the first half of next fiscal, retail inflation has been pegged at 3.8-4.2 per cent.