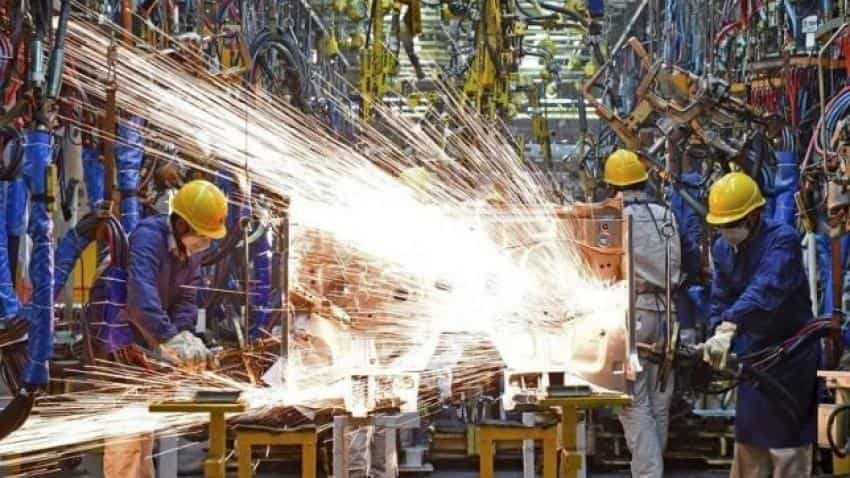 Industrial output in the country has shrunk for the fourth time in the November 2015 - April 2016 six-month period. In April, the country's Index of Industrial Production (IIP) stood at (-) 0.8%.

In the last six months, IIP has contracted to 3.2%, 1.2%, and 1.5% respectively. This was led by several reasons, including fewer working days during Diwali in November last year.

Then there were the floods in southern India caused by the worst rains the area has seen in the last 100 years. This prompted several industries and manufacturing plants to suspend operations till the water had resided, affecting the industrial output in December.

In January, a steep decline in production of capital goods and consumables, brought IIP down, reflecting that growth momentum in the economy remains vulnerable.

IIP remained positive for the month February and March by 2% and 0.3%, respectively.

Now in April, the overall negative growth is primarily on account of the -3.1% growth in manufacturing.

In the month, only nine out of 22 industries registered negative growth compared to the corresponding month of the previous year.

Notably, capital goods declined by 24.9% in April as against 5.5% growth last year, signifying subdued investment climate in the country.

Such contraction demonstrates that the industrial recovery is still uneven and fragile.However, industrial production is expected to grow 4.5% in FY17 on the back of improved infrastructure and spending by the government for improving the consumer goods segment.