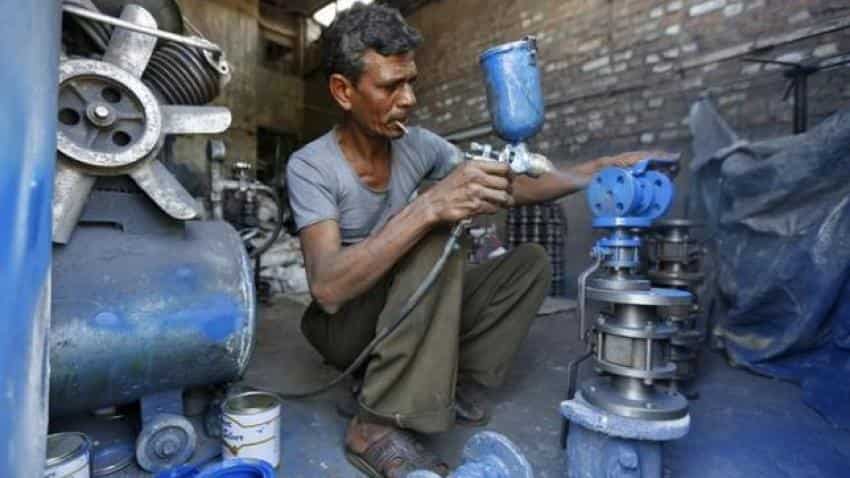 The IIP had registered a growth of about 2% in February this year. Photo: Reuters
Written By: PTI
RELATED NEWS

Disappointed over the latest IIP data, India Inc on Friday said industrial revival is going to be a major challenge going ahead but expressed hope that the growth will pick up on account of the recent measures taken by the government.

"The negative growth of general index further worsens the prevailing levels of demand-supply imbalances in the country. The significant shrinkage in production of capital goods and consumer non-durables shows that industrial revival is going to be one of the major challenges in days to come," Assocham Secretary General D S Rawat said.

"The growth in manufacturing may take some more time to pick up as the measures taken by the government in the last few months start yielding results," Ficci President Harshavardhan Neotia said.

Industrial output contracted by 0.8% in April, the first decline in three months, due to drastic fall in capital goods production and manufacturing activities, prompting demands for pro-active measures by government to boost demand.

Factory output measured in terms of the Index of Industrial Production (IIP) had expanded by 3% in April last year, the data released by Central Statistics Office (CSO) today showed.

The IIP had registered a growth of about 2% in February this year. The provisional estimates of 0.1% growth in March this year was revised slightly upwards to 0.3%. The IIP declined by 1.6% this January.

"The 0.8% contraction in industrial output in April 2016 is inferior to our expectation of a mild growth in that month. The volume-based contraction in manufacturing output in five of the last six months is disheartening," Aditi Nayar, Senior Economist at ICRA, said.

CARE Ratings said the industrial production in FY2016-17 is expected to pick up in coming months on the back of improved infrastructure spending by the government and improvement in the consumer goods segment.

Overall, 9 of the 22 industry groups in manufacturing sector showed negative growth in April 2016 as compared to year ago period.