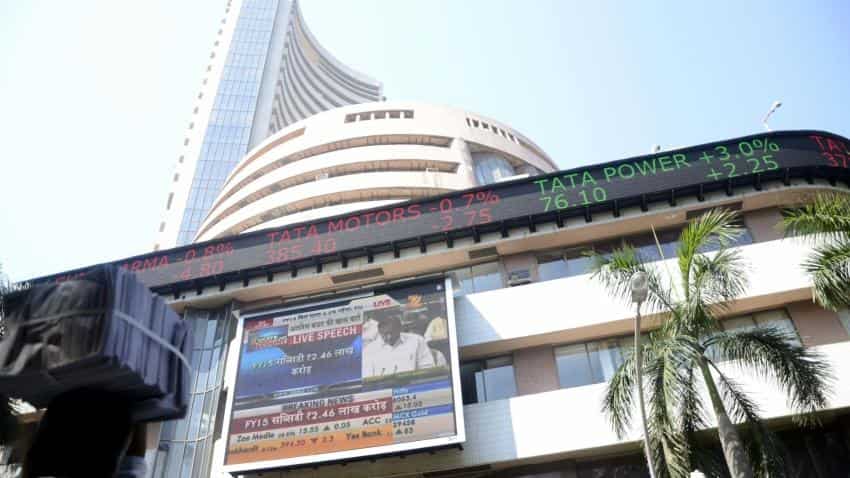 Markets fell today after business news channel ET Now reported that the government could borrow more than what it has currently budgeted for the remainder of the fiscal year ending March.

At the close, ONGC, NTPC, YES Bank, Reliance Industries and NTPC slipped into the negative territory.

Reliance Communications share continued its rally with closing 34.74% higher. The stock yesterday closed up 30.78% on the BSE after Anil Ambani said that the total debt of the company would come down by Rs 39,000 crore and the company will close all the transactions by January-March 2018.

In the morning trade, Reliance Capital, Reliance Home Finance saw a lot of interest from buyers and they were up between 0.70% and 2% on the BSE.

Telecom companies' stocks like Bharti Airtel, Tata Teleservices (Maharashtra) Ltd, Idea Cellular and MTNL ended in the red after staying flat through the day. BSE telecom, which was up 2.28% yesterday, opened flat today. Realty and metals stocks, which were the Sensex drivers yesterday, opened flat.

Investors remained cautious ahead of last F&O expiry of the year. Most Asian markets gained with oil and copper prices clocking multi-year highs.
US stocks closed lower, as shares of Apple tumbled, offsetting gains in energy stocks as oil prices hit their highest in more than two years.