The deceleration was accompanied by subdued inflationary pressures, with rates of increase in input costs and output charges below their respective long-run averages," it noted. 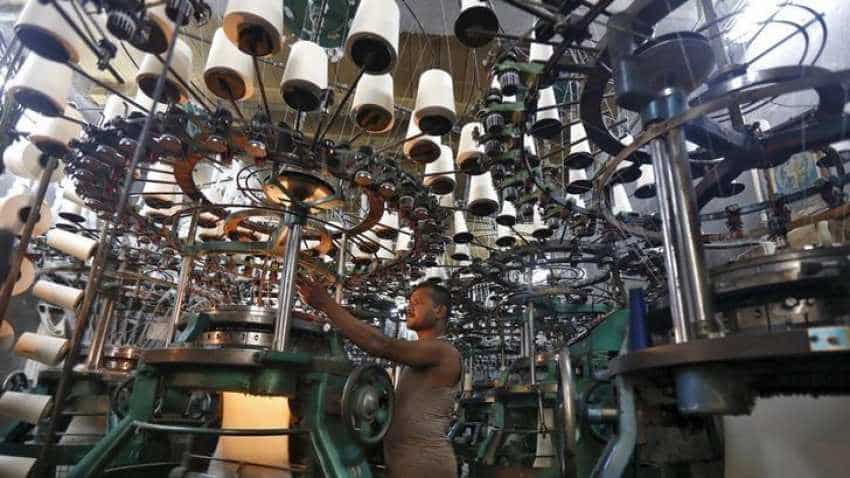 Reflecting a loss of "growth momentum", manufacturing activities in the country slowed down to a six-month low in March amid softer increases in new orders, production and employment, according to a survey. The Nikkei India Manufacturing Purchasing Managers' Index (PMI) declined to 52.6 in March from 54.3 in February, a report said Tuesday. A reading above 50 indicates expansion while a print below that level points to contraction. "Falling from 54.3 in February to a six-month low, the latest figure highlighted a loss of growth momentum," the report said, adding that although operating conditions in the Indian manufacturing industry continued to improve, there was a widespread slowdown in growth.

As per the report, factory orders and production expanded at the slowest pace since last September while job creation eased to an eight-month low in March. "Softer increases were registered for new orders, production, input buying and employment. The deceleration was accompanied by subdued inflationary pressures, with rates of increase in input costs and output charges below their respective long-run averages," it noted.

However, business sentiment strengthened to a seven-month high.

Pollyanna De Lima, Principal Economist at IHS Markit and the author of the report on the PMI, said manufacturing sector expansion in India took a step back in March, with metrics for factory orders, production, exports, input buying and employment all moving lower. "Still, growth was sustained on all fronts. Although global headwinds and a general slowdown in trade present some concerns for the future health of Indian manufacturers' order books, so far companies have been able to weather the storm and secure healthy inflows of new work from abroad," De Lima noted.

The index is based on data compiled from monthly replies to questionnaires sent to purchasing executives in more than 400 industrial companies. The latest data also comes ahead of the Reserve Bank of India's first monetary policy for the current financial year which is to be announced on April 4 and there are expectations of a rate cut.