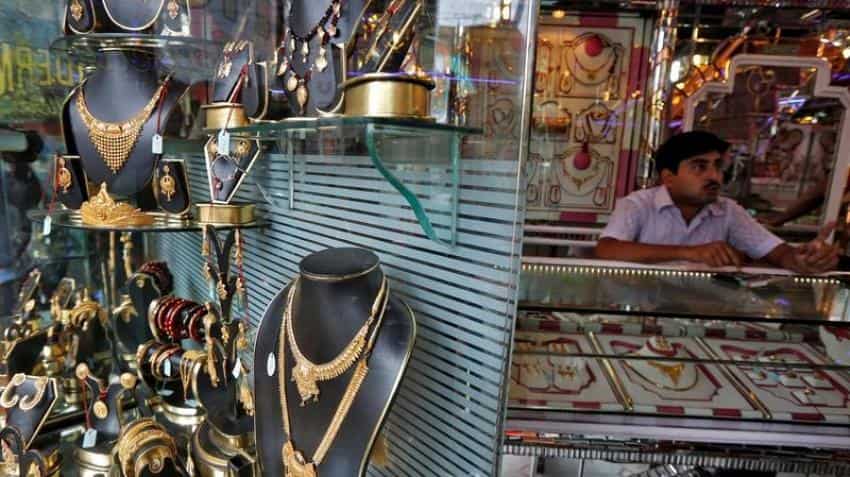 Gold demand in India witnessed a significant decline of 21 % in 2016 at 675.5 tonne, mainly due to challenges like jewellers strike, PAN card requirement and demonetisation move, says World Gold Council.

"India's gold demand for 2016 fell sharply, though the fourth quarter demand grew by 3 % to 244 tonne, due to softened gold prices that coincided with Diwali and wedding season. Demand was affected as the industry faced challenges, including PAN card requirement, Excise duty on jewellery, demonetisation and the publicity around income disclosure schemes," WGC Managing Director, India, Somasundaram PR said.

This was not unique to gold but trade practices and embedded buying behaviour created short-term headwinds, he said.

Looking ahead, these policies aim to deliver stronger economy and a more transparent gold industry, both of which should deliver significant benefits to gold buyers as well as accelerating transformation of the industry in becoming more organised, he said.

Also, the rural community was the hardest hit by cash crunch, but the effect is likely to be temporary as healthy income and good monsoon will support gold demand going forward, he explained.

Somasundaram said, "We anticipate that 2017 will see a demand range of 650-750 tonne due to the introduction of the Goods and Services Tax (GST) coupled with gradual adaptation to the previous year's policy changes."

Jewellery, in spite of resilient consumer demand in fourth quarter of 2016, was hit by high gold prices and fell to a seven-year low of 2,041.6 tonne, the WGC report said.

It said that the two leading gold markets, India and China, both experienced a drop in consumer buying in 2016, falling 21 % and 7 %, respectively.

In China, jewellery demand was dampened due to a high gold price throughout the year, coupled with constrained levels of supply in Q4, owing to a tightening of currency controls in the country.

Demand in India also faced challenges throughout 2016, including regulatory changes, the surprise demonetisation decision, which severely hampered demand in both the jewellery and retail investment sectors, the report said.

"The Indian market faces a challenging time in 2017. We anticipate many of the headwinds that affected demand in 2016, to continue into this year, but we are confident that the government's move towards a more transparent gold market will ensure that gold remains an important asset class for millions of people in the country," Hewitt added.

Growth in the sector was supported by net producer hedging, which doubled in 2016, as gold producers saw an opportunity to secure cash flow at higher prices.

The supply was also supported by significant rise in recycling in Europe and the Middle East, driven by weak currencies and a high gold price.

Mine production remained virtually unchanged from 2015 as a result of industry cost-cutting schemes. However, higher gold prices and lower costs have seen a renewed interest in exploration and increased project development is likely in the years ahead.