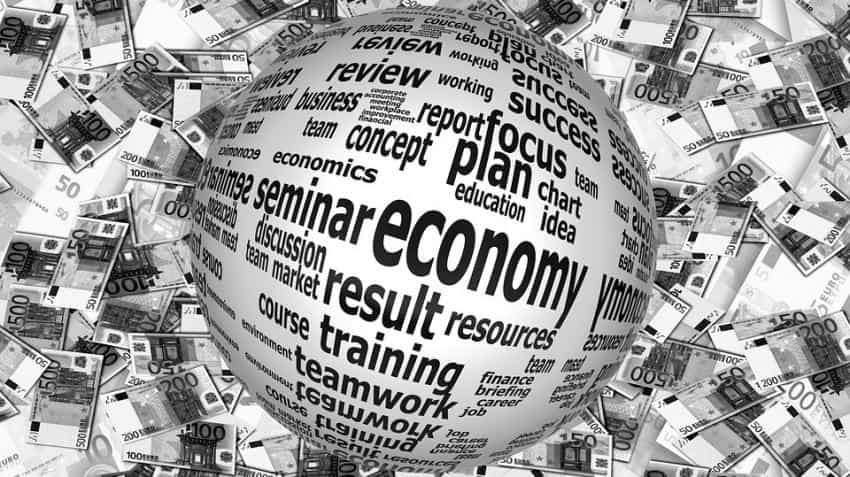 Ministry of Statistics & Programme Implementation on Wednesday released India's Gross Domestic Product (GDP) numbers for the quarter January-March 12017. It said that India's GDP for the fourth quarter stood at 6.1%, missing estimates. In the previous quarter, GDP was at 7%, in second quarter stood at 7.4%, 7.2% in the first quarter of last fiscal.

Madan Sabnavis and Rucha Ranadive of Care Ratings said, "The GDP numbers for FY16 has gone through revision due to use of new Index of Industrial Production (IIP) and Wholesale Price Index (WPI) with base 2011-12 for the compilation of GDP. As a result, the GDP for FY16 has grown at 8.0% than the previous estimate of 7.9%."

The distinct downtrend in GDP growth over the quarters of FY2017 suggests that the slowdown in growth that had already set, was intensified by the note ban, Aditi Nayar, Principal economist, ICRA Limited said.

Nayar said, "Contrary to expectations, GVA growth slid sharply to 5.6% in Q4 FY2017 from the revised 6.7% in Q3 FY2017, on account of an unfavourable base effect, some impact of the note ban on sectors such as construction, and an unsurprising moderation in agricultural growth."

"The sectors which registered growth rate of over 7% at constant prices are 'public administration, defence and other services’ (11.3 percent), ), manufacturing (7.9 percent),‘ trade, hotels, transport, communication and services related to broadcasting’ (7.8 percent),‘electricity, gas, water supply other utility services (7.2 percent) ’.The growth in the ‘agriculture, forestry and fishing’, ‘mining and quarrying’, ‘construction’ and 'financial, real estate and professional services' is estimated to be 4.9 per cent, 1.8 per cent, 1.7 per cent and 5.7 per cent respectively," Ministry said.

ALSO READ: Will demonetisation impact India's GDP for the last quarter of FY17?

It said that Indian economy will gradually accelerate to around 8% over the next three to four years.

The median forecast from 35 economists polled by Reuters put annual GDP growth for the January-March quarter at just tad faster than 7.0 percent posted in the previous quarter, but still ahead of the 6.9 percent expansion clocked by China during the same period.