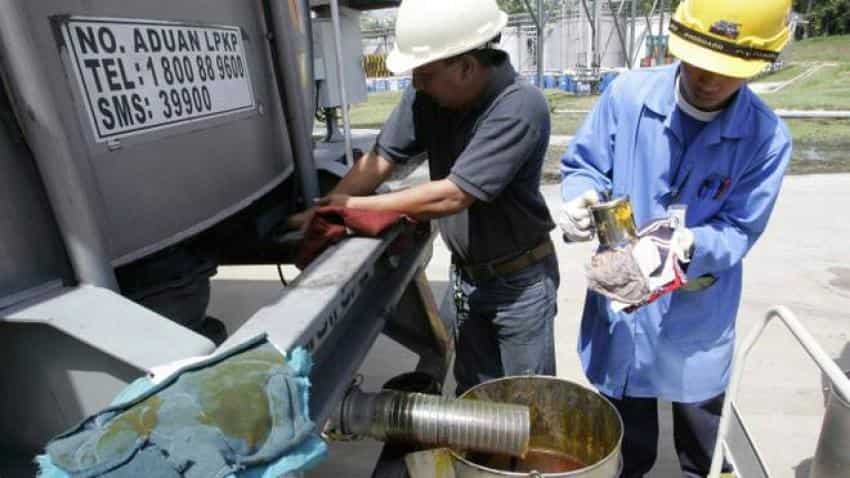 India`s government on Thursday raised import tax on crude and refined soyoil, sunflower oil and canola oil to the highest level in more than a decade, as the world`s biggest edible oil importer tried to support local farmers. The hike will make palm oil competitive in the Indian market and reduce the flow of soft oils like sunflower and canola in coming months, boosting local producers.

"Imports of palm oil will rise in coming months. Palm was losing market share due to higher duty. Now there is a level playing field," said Sandeep Bajoria, chief executive of the Sunvin Group, a Mumbai-based vegetable oil importer.

In March, India raised its import tax on crude palm oil to 44 percent from 30 percent and lifted the tax on refined palm oil to 54 percent from 40 percent. It kept the duty on soft oils unchanged, however, making them more competitive in the local market.

The country`s palm oil imports in May plunged 38 percent from a year earlier to their lowest in nearly 4-1/2 years as imports of soyoil and sunflower oil jumped, a trade body said on Thursday.

The country buys palm oil from Indonesia and Malaysia; and soyoil mainly from Argentina and Brazil, while it purchases sunflower oil from Ukraine.

"This was badly needed for palm oil. Export of both Malaysia and Indonesia fell in last two months," a Kuala Lumpur-based palm trader said.

Palm oil prices are likely to rebound in coming days as exports would start picking up from July onwards, the Kuala Lumpur-based trader said.

Ahead of GHMC Election Results 2020, here is why PM Narendra Modi is praising BJP workers

RBI Monetary Policy Meet: Pause for now, but not the end of the easing cycle, says Edelweiss