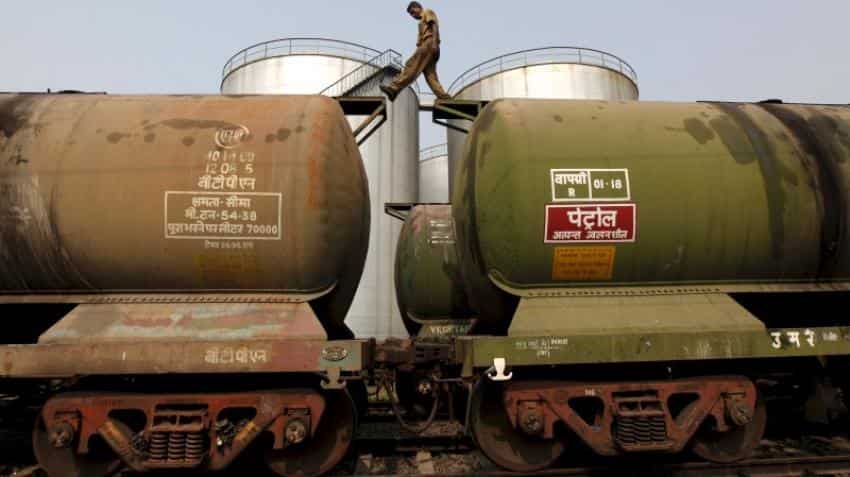 The sharp increase propelled Iran into fourth place among India`s suppliers in 2016, up from seventh position in 2015. Image Source: Reuters
Written By: Reuters
RELATED NEWS

India`s annual oil imports from Iran surged to a record high in 2016 as some refiners resumed purchases after the lifting of sanctions against Tehran, according to ship tracking data and a report compiled by Thomson Reuters Oil Research and Forecasts.

The sharp increase propelled Iran into fourth place among India`s suppliers in 2016, up from seventh position in 2015. It used to be India`s second-biggest supplier before sanctions.

For the year, the world`s third biggest oil consumer bought about 473,000 barrels per day (bpd) of oil from Iran to feed expanding refining capacity, up from 208,300 bpd in 2015, the data showed.

In December, imports from Iran trebled from a year earlier to about 546,600 bpd.

In 2015 refiners slowed purchases due to sanctions which choked payment routes, insurance and halved Iran`s exports.

"In most of 2016 there was a fight among Gulf producers to increase their market share and lifting of sanctions against Iran has intensified that fight," said Ehsan ul Haq, senior analyst at London-based consultancy KBC Energy Economics.

In April-December, the first nine months of this fiscal year, Iranian supplies to India averaged a record 530,300 bpd, up from about 400,000 bpd before sanctions tightened against Tehran.

India`s 2016 Iranian oil imports were the highest in at least six years, according to the Reuters data.

Government data going back over a longer period shows the average was the highest since the 2001-02 fiscal year.

Rising imports from Iran and Iraq lifted the Middle Eastern share in India`s crude diet to 64 percent in 2016, reversing a declines in recent years, partly due to rising prices for Atlantic Basin oil tied to Brent.

"In 2016 Iran ramped up its output to regain market share while Iraq segregated its production into Basra Light and Heavy to attract customers. Basra Heavy was sold at a discount, making it more attractive than rival grades," said Haq.

Imports from Latin America declined for a second year, with its share of imports shrinking to about 16 percent from 18 percent, while Africa`s share fell to about 15 percent from a fifth.

"Low oil prices brought down production in Latin America while Nigerian barrels were impacted by violence in the Niger Delta. Also falling U.S. oil output impacted trade flows, with some Latin American and African oil finding a place in the U.S.," Haq said.