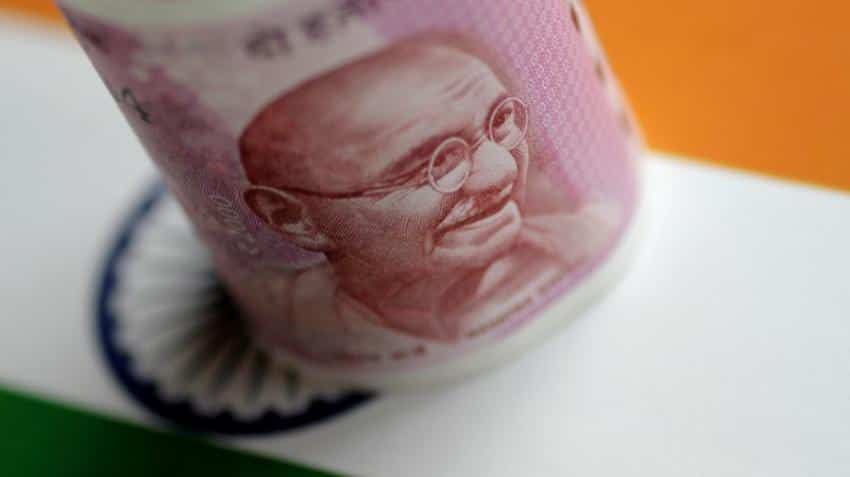 Indian rupee was trading on a negative note against the US benchmark dollar index on Wednesday in the interbank forex exchange market. In early opening, the domestic currency depreciated 4 paise to 66.70 against the US dollar on fresh demand for the greenback from importers and banks ahead of the US Federal Reserve's two-day policy meet outcome.

Dealers attributed the rupee's fall to fresh demand for the US dollar and sustained foreign fund outflows, said a PTI report.

However, a higher opening in the domestic equity markets and weakness in the American currency against some currencies in the global market ahead of the Fed policy announcement capped the rupee fall, said the report.

The trading in rupee was closed in last two days, as Indians celebrated Budhha Purnima on April 30 and Labours day on May 01.

Last week, the Indian rupee remained buoyant against the US dollar, before ending at 66.620 down by 0.292 or 0.44% against the American currency on Friday. It needs to be noted that the domestic currency clocked to a fresh 14-month low of 66.92 against US dollar on Wednesday, before witnessing some recovery. The rupee has been trading over 66-mark per dollar for seven consecutive day.

The foreign portfolio investors (FPI) made an outflow of Rs 2,606.20 crore together in equity, debt and hybrid market, as per NSDL data.