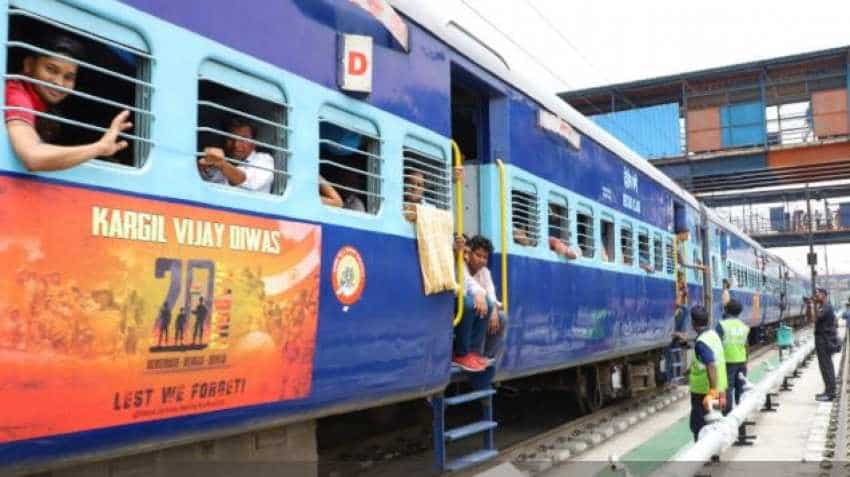 2. The train also carries pictorial depiction of the bravery of Army personnel.

3. The Indian Railways train was flagged off by Union Minister of Health and Family Welfare, Harsh Vardhan, Minister of State (MoS) for Railways Suresh Angadi and BJP MP Meenakshi Lekhi to commemorate the 20th anniversary of 'Kargil Vijay Diwas'."

4. "The message of our bravery and sacrifices of our soldiers during the Kargil War should be reached to every corner of the country. We salute to those who sacrificed their lives for the country. We are proud of the Army," Angadi told reporters here.

5. The Kargil Vijay Diwas, named after `Operation Vijay`, marks the victory of India over Pakistan during the Kargil War in 1999. It is celebrated on July 26 every year.The Indian Army has planned celebratory events across the country from July 25-27.