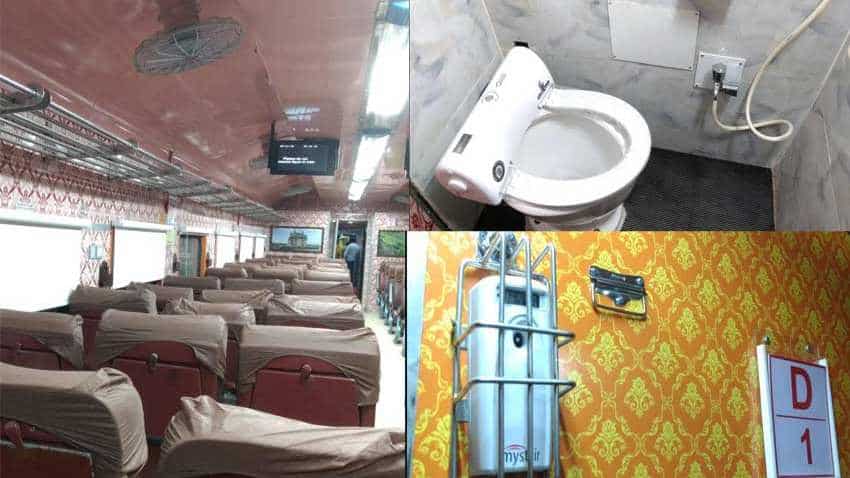 Indian Railways: The swanky-makeover will provide the passengers with top-class facilities onboard the train and will boost the comfort level. (Representative image)

Now, the East Central Railway (ECR) has said that it has selected as many as 16 trains for upgradation under the project. ECR PRO Rajesh Kumar told zeebiz.com that the upgradation of trains selected in the first phase will be completed before March 31.

"In the first phase, train number 13237/38/39/40 Patna-Kota Express of Danapur Division, train number 13351/52 Dhanbad-Alleppey Express of Dhanbad Mandal and 15203/04 Barauni - Lucknow Express of Sonpur Division have been selected under the Project Utkrisht. Tender worth Rs 2 crore 33 lakh has been opened on January 11, 2019 for the project," said the ECR in a statement.

It added that tenders worth Rs 4.79 crore will be opened by the Dhanbad Division for the first and second phase of the project. The Sonpur Division has already opened a tender of Rs 6.55 crore on January 9, 2019 for both the phases of the project.

Kumar informed that interior of these trains will undergo a makeover. "The trains will be fitted with auto generator system to avoid stinking. The toilets will be cleaned every two hours," said Kumar.

The swanky-makeover will provide the passengers with top-class facilities onboard the train and will boost the comfort level.