Indian Railways is now offering 'aeroplane like comfort' in this train 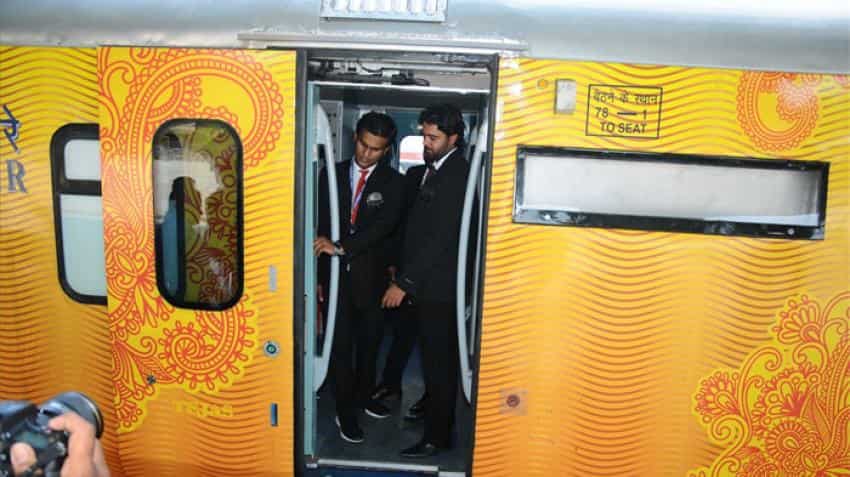 It is a big claim, but it has been made at the highest levels of the Indian Railways. It has been reported that the Indian Railways Tejas Express will offer 'aeroplane like comfort' soon. Rail Coach Factory (RCF) will roll out the second rake of 19 coaches of the Chandigarh-Delhi section Tejas Express soon, reported Hindustan Times. The Railway Board will likely decide about the date and the time to run the Tejas Express and the coaches will be handed over to the Northern Railway, secretary to RCF general manager and chief public relation officer Sunil Kapoor told HT.

The features that are included in these coaches include remote-controlled Venetian windows, provision of vacuum toilets as in aeroplanes to save water and sensor-based automatic doors inside compartments. Some of the other notable features are luxury chair cars with LED screens and personalised infotainment system, touch-less sanitary wares like taps and soap dispenser.

“Offering aeroplane-like comfort, each seat has an attendant call facility and the bell is integrated with the reading light. The executive chair car seats have adjustable headrest and arm support facilities. The coaches have aesthetically pleasing interior fitted with PVC film,” Kapoor said.

The passengers travelling in the Tejas Express will have access to free WiFi and at the same time rake has pneumatic disc brakes and dust proof and sealed inter-car gangways, which will reduce sound levels.

The report stated that the Tejas will cut down travel time between Chandigarh and Delhi by over 30 minutes. The advanced coaches are capable of running at a speed of 200 km per hour, but due to track related constraints, the speed on the Chandigarh-Delhi section would be 160 kmph. Three Shatabdi Expresses plying between Delhi and Chandigarh take three-and-half hours to cover the journey.

IRCTC Rakhi Special Offer: Only for ladies! get up to 5% cashback on Tejas Express tickets between THESE dates